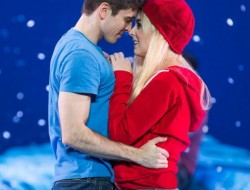 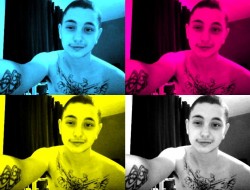 Hey! Bike Ridin’ Hippies of Seattle! SIFF Has A Movie For You: “Personal Gold” Hey Seattle, what’s up? Did you ride your bike today? Why not ride it to the theater and watch Personal Gold, a SIFF-accepted documentary about the U.S. Women’s Cycling Team and their struggle, against all odds, to medal at the 2012 Olympic Games in London?

You might recall a time in the recent past when the cycling world was exposed as a hive of scum and villainy, filled with shady dealings and barely-disguised, dope-related cheating. Guys like Lance Armstrong absorbed the U.S. cycling world’s money and attention, which ended up sucking for many reasons, not the least of which is that female cyclists and female cycling programs suffered. While men rode the wind on steroid-enhanced glutes, women saw their Olympic training programs cut. It is from this dark age that the story of Personal Gold begins, as four women attempt to repair the reputation of U.S. cycling on the world stage.

As a film, Personal Gold could not be accused of exceptional artistry, or lyricism, or breaking new ground in sports film making. Like its subjects, it is a practical entity that has a goal to accomplish and then does it. Along the way, it follows the usual sports story arc, where talented athletes prepare for a contest, fight against adversity, and eventually test their skills against their rivals on game day. Set up…meet pay off. It feels a bit like an infomercial when it lingers on the wonders of data-driven training. And it could do a better job of giving each of the four Olympians a little more time to emerge as differentiated personalities.

Despite those quibbles, it is a solid, well-structured piece of work that is sure to inspire anyone into cycling, or women’s sports, or underdog stories. It seems a natural SIFF selection, especially, for any cycling, data-driven, tech-friendly, foodie Seattleite.

But what about you, dear stereotypical, imaginary gay reader who cares little about sports? Why should you care about this movie? Weren’t you bashed by athletes growing up, and excluded from their reindeer games? Didn’t you skip gym class to go smoke pot in the parking lot? Fuck those jocks, you might have said. Perhaps you even managed to render those words literal, making your own score in a world of scoring you otherwise scorned, feared, or loathed.

All of that could be true, and you could still find room for yourself in Personal Gold. It is a story about overcoming adversity, after all. We gays have always been able to find ourselves in stories we are absent from. Empathy is the mechanism that makes that possible, right? And there is much to empathize with in this story of four female athletes struggling against adversities created by a male-dominated society. If that setup appeals to you on any level, then Personal Gold likely will not disappoint.

Personal Gold‘s world premiere was on May 16th at noon at the Uptown. It screens again on May 19th at 7PM at AMC Pacific Place 11. Tickets HERE!