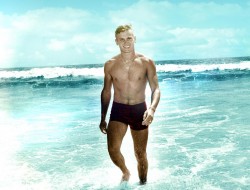 “Tab Hunter: Confidential” Gets Up Close With The Golden... 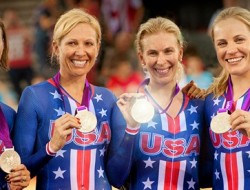 May 16, 2015 Comments Off on Inventive “Jasper in Deadland” Still Doesn’t Know What It Wants To Be Views: 3933 Arts & Entertainment, Reviews, Stage (Note: This review contains many spoilers.)

Brandon Ivie clearly brings a great eye for staging to his work as a director. His most recent back-to-back work, which would exhaust most other people, was to bring to life two new musicals, fully functional and as smoothed out as possible. Lizard Boy, a work from talented best friend, Justin Huertas, at Seattle Rep, was full of invention and visual pop. Jasper in Deadland, now playing at the 5th Avenue Theatre for another week or so, is also chock full of visual treats and inventive staging. Not to mention a cast full of heart and enthusiasm and huge talents!

A director’s job is to bring as much of what the creators intend to as vivid life as possible. But when working on new stuff, it takes a special particular talent that includes something no other director of previously produced work should be doing: asking very hard questions of the creators. I don’t know (cuz I’m not in the room, obviously) if Brandon is asking hard enough questions of the new work creators. Or if he’s asking hard questions, maybe he’s not pushing for clear enough answers.

Huertas and Ryan Scott Oliver and Hunter Foster, the composer/writers of these pieces, are young, talented creators. And there is destined to be much more work from all of them. However, both of these works need a huge amount of further work.

We meet Jasper, who is supposed to be a 17-year-old “loser” (though with Matt Doyle’s ripped abs on view moments into the show, it completely fails to make us think he could possibly be one). He’s not in love with, he says, Agnes (Sydney Shepherd) yet feels compelled to try to save her when she immediately jumps off a cliff to her death, by going down to the underworld to get her back.

Because we don’t see their relationship in the “real” world before that, it’s very hard for an audience to care about his journey or her journey and then sit and watch it for the next two hours. A scene at the top of Act 2 which time travels back to the night before is just the start of what we should see at the beginning of the show.

The creators want it to be about outsiders who don’t like themselves and a journey to believe in themselves and feel worth. That is clear from their intent, and also what Ryan Scott Oliver said in his interview with me last week. However, they don’t actually establish a credible outsiderness for Jasper, and his self-worth seems in jeopardy not from his own actions, but because his parents are a mess.

Agnes harbors a secret, too, that she’s kept from people because she didn’t want them to know her father was beating her. This reveal happens late in Act 2 and is also not necessarily strong enough to propel her to suicide, though if better established, could be a strong motivator for her.

In fact, Agnes’ journey is the more compelling one. She commits suicide and Jasper is trying to help her find a will to live again. That’s a better story, embedded in a weak storyline.

The story relies heavily on a Greek myth of Orpheus and Euridyce. On their marriage day, she is bitten by a viper and dies. Orpheus goes to Hades to beg to get her back and Pluto is so moved he allows that, but tells Orpheus not to look behind him as they walk out or she will be lost to him forever. Orpheus doesn’t trust that she’s there, so he looks and loses her.

Everyone in the musical knows of that story, so we know that Jasper will have to do the same thing. There’s no mystery there. There isn’t any mystery to whether he will succeed in getting permission for her to leave! So, we’re not in suspense during any underworld challenge. We’re only unsure if he’ll fail like Orpheus and look. So, we wait to find that out while all the rest of the underworld sings and dances for a while.

Jasper maintains throughout that he doesn’t think he’s in love with Agnes. So, I spent 95% of the show thinking he was going to come out gay. Um, no. I guess he is just so removed from his own emotions, he can’t tell.

Here is the big overall problem: the writers have not been able to convincingly state why life is important. Jasper’s unspoken philosophy is “Life is Shit and Then You Die”. The writers are not passionate enough about life to overcome his fatalism.

Take Euridyce herself (Diana Huey). She gets a big song in Act 2 that is supposed to convince the young couple that they should live. Nothing in the current song is strong enough to convince anyone. What if she sang about how awful she feels that she never had the chance at Love, and regrets all the things she and Orpheus could have shared: children, grandchildren, etc.? That could be a heartbreaking and convincing song!

I can talk about more of the cast accomplishments or the gorgeous set aspects (Jason Sherwood) or costumes (Pete Rush) or inventive puppets (Kyle Loven). Or the edgy, modern choreography of Lorin Latarro. There is a lot to like about the production values.

The creators need to decide what is so special about life, and create a world that has logical rules different from “real” life. If, for instance, the water makes you forget, wouldn’t each day (is there a day and night?) be like the movie Groundhog Day where everyone wakes up having forgotten everything previous? Is the part of Hell they’re in the “young people’s” section?

If they want to stick with the Greek myth to tell their tale, they’ll have to flesh out more about these young people’s lives first. Secrets need to be much more important, if they’re revealed as plot devices. The audience needs wooing to help them care about the journey of the characters. Otherwise, we’ll walk out and forget about it all. Which would just be too bad, wouldn’t it?