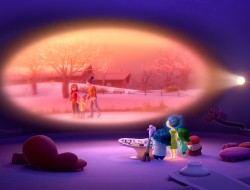 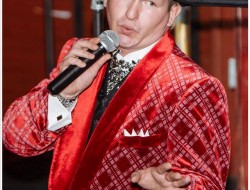 It’s a very special treat for the HoliGays.

The Seattle Repertory Theatre just announced today that RuPaul’s Drag Race Season 5 winner, JINKX MONSOON and her musical theater partner MAJOR SCALES will return to the Rep’s Leo K. theater this November for a new holiday show. This will be the pair’s second show at the Rep after their run last fall doing their their parody vaudeville act, “The Vaudevillians”.

That show/act was created by Monsoon and Scales in their days at Cornish College of the Arts when they were more generally known as Jerick Hoffer and Richard Andriessen. Since Hoffer/Monsoon’s monstrous success, the two have fine tuned the act and performed it all over the world. The duo have since created a sequel show, which just debuted at the Laurie Beechman Theater in New York and will also run that new show in Provincetown, Massachusetts over the summer.

This holiday show Jinkx Monsoon & Major Scales: Unwrapped which isn’t using The Vaudevillians name as part of the marketing indicates it’s not a part of that franchise. Word on the street is, this is a reprise of a holiday show the pair did last year, in New York City. The Seattle run begins November 25 and concludes December 13, 2015 and will be included in Season Subscription packages at the Rep; individual tickets go on sale on September 1st.

We’ll have MORE info about this show as it develops.

Seattle, WA – Seattle drag artists Jinkx Monsoon (Jerick Hoffer) and Major Scales (Richard Andriessen) have been added to Seattle Rep’s 2015–2016 season, bringing their new holiday show Jinkx Monsoon & Major Scales: Unwrapped to the Leo K. Theatre in November 2015. Tickets are available on subscription beginning July 7; single tickets go on sale to the general public Sept. 1. Reservations should be made through the Seattle Rep Box Office at 206-443-2222 or online at www.seattlerep.org.

“After the overwhelming response to The Vaudevillians last season, we gave Jerick and Richard an open invitation to come back to us with a new show,” commented Acting Artistic Director Braden Abraham. “We can’t wait to see what they have in store.”

A native of Portland, OR, Jerick Hoffer graduated from Seattle’s Cornish College of the Arts in 2010 with a degree in theatrical performance. Recent theatre credits in Seattle include Moritz in Spring Awakening (Balagan Theatre), Angel in Rent (The 5th Avenue Theatre), and Hedwig in Hedwig and the Angry Inch (Balagan Theatre/Seattle Theatre Group). As a drag performer, Hoffer is best known as his performance persona Jinkx Monsoon, winner of “RuPaul’s Drag Race” Season Five. With composer/arranger and fellow Cornish alum Richard Andriessen, Hoffer created the cabaret musical The Vaudevillians, which played at Seattle Rep in Fall 2014 and enjoyed sold-out houses and five show extensions at New York City’s Laurie Beechman Theatre.

TICKETS: Tickets to Jinkx Monsoon & Major Scales: Unwrapped are available on subscription beginning July 7; single tickets go on sale to the general public Sept. 1. Tickets can be ordered online (www.seattlerep.org), by phone (206-443-2222), or in person at the Seattle Repertory Theatre Box Office. Prices start at $32.