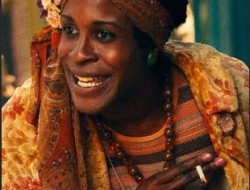 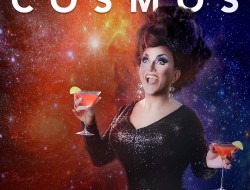 Today they announced the other 4 films that serve as anchor galas to the rest of the festival that runs from October 8 to Sunday, October 18, 2015.

There are, in order:

BEAUTIFUL SOMETHING
Loosely based on writer-director Joseph Graham‘s experiences in the ’90s, BEAUTIFUL SOMETHING weaves through the lives of four creative men during one night in the City of Brotherly Love.
Director Joseph Graham and actor Colman Domingo scheduled to attend.
Sun, Oct 11 @ 7pm at SIFF Cinema Egyptian
PORTRAIT OF A SERIAL MONOGAMIST
This clever and fresh comedy offers thoughtful insight into romance, friendships, and growing up, all while getting to the heart of how it feels to be that person – the one who just can’t be single for more than a couple of months.
Wed, Oct 15 @ 7:15pm at SIFF Cinema Egyptian
NASTY BABY

From Chilean director Sebastián Silva comes this dark dramedy that not only stunned audiences at this year’s Sundance Film Festival but also took home the distinguished Teddy Award for Best Feature at the 2015 Berlin International Film Festival and the Best US Dramatic Feature award at Outfest 2015. Starring Kristen Wiig.
Fri, Oct 16 @ 7pm at AMC Pacific Place
And, the Closing Night Gala Film is:
OUT TO WIN
Directed by Malcolm Ingram | 99 min. | US | 2015
This documentary traces modern LGBT history in sports through archival footage of events, sports media, and interviews of pioneers who have changed the landscape through their courage. Subjects include University of Washington Husky Dave Kopay (NFL), who will be in attendance.
Sun, Oct 18 @ 6:30pm at AMC Pacific Place
All these galas will feature after party events to be announced with the rest of the SLGFF20 schedule on September 17, 2015.
And, while I’m not supposed to tell you, you should also expect to see a certain documentary about a certain RPDR winning local drag queen at SLGFF20…and, a movie version of a certain beloved locally made webseries which also features the said drag queen and lots of other local talent…
If you say I told you so, I will admit…NOTHING!!
Here’s how to buy passes!
FULL FESTIVAL PASS:
Full VIP access to all things #SLGFF20
$225 ($200 for members)