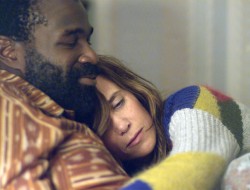 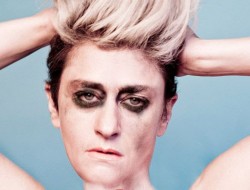 AND, a splash of cran is EXCELLENT for our Urinary Tracts and Prostates (for those of us blessed/cursed with such things…)

Out of all the BILLIONS AND BILLIONS OF STARS, Seattle’s very own BenDeLaCreme is one of our favorites. The beloved Seattle based entertainer who was frankly robbed of greater glory in her Season Six appearance on that tawdry drag race show thing, is headed home after a long stint in Seattle East aka Provincetown, Massachusetts, for a fall performance schedule for her new one diva show, COSMOS. DeLa will hit the boards at her homebase at West Hall in the Oddfellows Building on October 22, 23 & 24 at 8 pm.

Here’s more deets. And, it’s so fresh that the link isn’t working yet!!

Tickets: $25 in advance, $30 at the door
www.strangertickets.com

Only 4 tables available per show! Includes exclusive reserved seating in the front row, and a special gift from BenDeLaCreme!

After another sold out, Off-Broadway run, BenDeLaCreme is delighted to bring her brand new solo show, Cosmos, back to her beloved emerald city, October 22nd-24th.

For centuries our greatest minds have tried to unlock the mysteries of our universe and the life within it- but who holds the key to their secrets?
BenDeLaCreme sure doesn’t- and neither will you after spending an evening under the influence of “BenDeLaCreme’s Cosmos” – a dizzying deliberation on space, time, and the cocktails that accompany them best. Whether showing off her knowledge of black holes or inviting you to explore her inner space, BenDeLaCreme blends song, strip-tease, razor wit and high-camp hijinks to create a pseudo-scientific spectacular certain to delight and misinform!