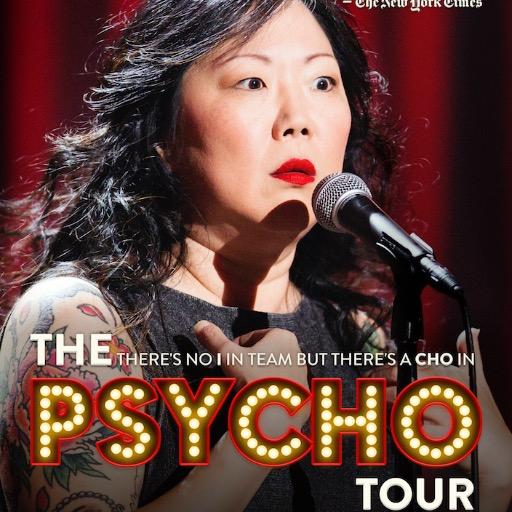 Lesbians in the spotlight have had a pretty fun week, womyn. Let’s take a look.

Last week I had the singular joy of witnessing the Cutest Couple in Current Lez World entertain hipsters and gay folk alike—Cameron Esposito and Rhea Butcher at The Neptune theater. Some jokes were brand new, and others you can find on YouTube. Either way, it was fantastic to celebrate Esposito’s birthday with her on stage. People engaged in healthy doses of “Happy Birthday,” “Fuck Portland,” and “Fuck yeah!” to mentions of weed legalization. Cameron took it all in stride, laughed with us, and firmly continued her routines. At the end of the show, the fiancees peddled their own merch to a huge line of chuckling people. Here’s hoping they share some sexy pictures from their upcoming wedding on the interwebs! (Because have you seen that calendar?)

All kidding aside though, can you BELIEVE there are still idiotic intolerant people in the Seattle area? This person may or may not have been a Seattleite, but I’m sure it momentarily left Cameron with a sour taste in her mouth when she left our city the morning after the show: Props to Southwest Airlines. We don’t need that kind of negativity in our lives.

And that was just the beginning of the week. A few days later, shewired.com posted the ten last bastions of the lesbian bar world nationwide. And look who’s Number Two?? That’s right…The WildRose. Having been around for 30 years is no easy feat. Can we just talk about that for a second? As the article touches on, it’s fucking difficult to keep a place afloat that caters to a mere 5% of the population, but taking money from men, too, and being generally welcoming to everyone helps. I’ve heard hearsay around the Hill that Purr originally started as a women’s only bar, but was taken over by men. Guess it was too swank for the ladies to keep, huh, gays? Do they even do a paltry ladies’ night anymore? Anyway, the ‘Rose has certainly outlasted any ladies’ nights across town, as well as Lick, Girl4Girl, and Cherry. You remember those. Can we please just stop getting married already and have sexy nights for the single lesbians in town? Ok, now I’m just speaking for myself. You get the idea. It’s wonderful to see the ‘Rose getting national attention for the great mainstay it is. Thank you, Shelley and Martha!

(Editor’s Note: Purr (which just turned 10!) has always been owned by Barbie  who brought over her fans from her days as manager at Manray, the beloved and sorely missed “stand and pose” bar for the “pretty gays” of Seattle. Barbie is a straight woman so it was never intended to be a lesbian only bar, that we’re aware of!)

Later in the week, nerds everywhere were drooling over the new Star Wars: The Force Awakens trailer. In case you didn’t see it, here ya go:

Pretty exciting stuff, huh? Now, let’s forget that there was even a “#BoycottStarWarsVII”. I refuse to give it any more attention other than to say it’s reminiscent of the shitty ignorance that brought on GamerGate last year. That being said, YAY CARRIE FISHER! Despite being a rumored lesbian, writing some great books, and extensive work in Hollywood, she’ll always be known as Princess Leia. Salon did a piece about how we can have a new hope (see what I did there?) about women in the film industry; perhaps maybe we’re finally letting them age “realistically.” Nevermind that Fisher’s age and Leia’s age are supposed to match up to the relative time passage since Return of the Jedi. The Mary Sue posed a counter-argument, saying that we shouldn’t have to celebrate that Fisher was “‘allowed'” to reprise her role. She had to lose weight to be Leia in 1977, and she had to lose weight again to be Leia in 2015. Maybe audiences wouldn’t believe that she actually aged a bit and got a little squishy, despite being a nubile slave to Jabba before dating Han Solo? To be honest, Hollywood hasn’t changed a damned thing when it comes to casting women. We’re seeing strides in terms of diversity, but women are supposed to be 18-25, and after that someone’s tropish mother or grandmother. Let’s face it: Even though Ellen Page has inherited the great lesbian perpetually-looks-like-a-teenage-boy face, she’ll probably be “too old” in the eyes of Hollywood in about a year. Meanwhile this isn’t even a conversation surrounding Harrison Ford, who’s 73 and doesn’t look a day over 75. What say you?

All controversy aside, let your nerd flag fly, and gobble up your tickets to see Star Wars: The Force Awakens this Xmas! Remember that show “All-American Girl,” by Margaret Cho? Little did we know at the time how ground-breaking it was to have the first Asian-American family on mainstream television.

Cho is back in Seattle TONIGHT for the psyCHO tour! The Moore Theater will house the 8pm show, in which Cho will mention dearly departed Robin Williams and Joan Rivers. Bring your fiancee too, because she mentioned she’d officiate weddings on stage! Grab your tickets NOW, because she’s a powerhouse of comedy, a big gay ally, and a pioneer of women like Amy Shumer and Jessica Williams. Over the past year, she’s been helping the homeless, encouraging women to shout their abortions, and continuing to be a leader in blunt talk on real issues. Go! Laugh your ass off!

And now, your feminist moment of zen. Famous quotes, as re-imagined from the mouths of women in meetings, courtesy of The Washington Post writer Alexandra Petri (click link for more):

“The only thing we have to fear is fear itself.”
Woman in a Meeting: “I have to say — I’m sorry — I have to say this. I don’t think we should be as scared of non-fear things as maybe we are? If that makes sense? Sorry, I feel like I’m rambling.”

Seattle’s own and much beloved lesbian and allies bar “The 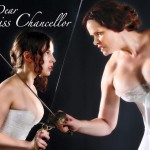 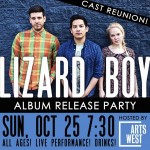 Next: The “Lizard Boy” Cast Reunites For An Album Release Party