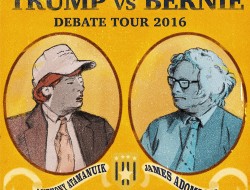 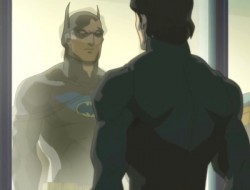 Win FREE tickets to “Mayhem with Mama: One Night Only” At 500 East’s Musical Monday “Mayhem With Mama” is coming to The Triple Door…and, Puerto Vallarta, Mexico!

Musical theater nerds should be aware that 500 East (the former World of Beer at 500 East Pine on Capitol Hill) does MUSICAL MONDAY every Monday night which features all sorts of musical theater fun including karaoke and ticket giveaways to local musical theater events as well as special appearances and performances. Last week, the 5th Avenue Theatre was there giving away tickets to the superb “How To Succeed In Business Without Really Trying”, (which you REALLY need to go see because it’s so deliciously good…)

THIS Monday, February 8th, you can take your post-Super Bowl hangover down to 500 East to sing song Sondheim PLUS you can score some tickets to next week’s “Mayhem with Mama” 1 NIGHT ONLY at the Triple Door!!! the very special debut of the big new show from the kids at “Mimosas With Mama” the beloved weekly drag brunch at the Unicorn/Narwhal, starring our own Mama Tits with her amazing troupe of drag stars including Tipsy Rose Lee, Isabella Extynn, Ruby Bouché and Sparkle Leigh. You’re familiar with “Mimosas”….the drag brunch where the first half is a fun drag show and the second half is a crazy drag parody of a beloved musical like their currently running “Hairspray”.

“Mayhem With Mama” is their very special mash-up of THREE of their hit musical parodies: “Mama Mia”, “Hairspray” and “Little Shop” all done in under 2 hours. The Mimosas troupe is heading to Puerto Vallarta, Mexico’s Act II Stages in March for a month long gig and this show at The Triple Door is their way to “break in” the production AND make their debut on that beautiful stage.

If you just want to BUY your tickets to “Mayhem with Mama” 1 NIGHT ONLY at the Triple Door!!!  then, go HERE!

If you want to have some fun Monday night, February 8th, then head to Musical Monday at 500 East to sing some tunes, plus check out the Mimosas/Mayhem cast who will be performing, AND perhaps win a pair of tickets to The Triple Door show!