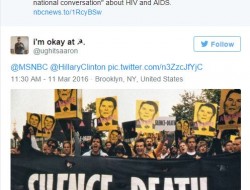 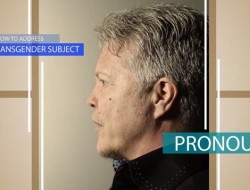 And, boring….whiter than white, maler than male, corporate loving and boringly bland.

President Obama named D.C. Circuit Court Judge Merrick Garland as his nominee to replace Justice Antonin Scalia on the Supreme Court today. The 63 year old Garland is a moderate who had the backing of Senate Republicans when he was confirmed for the Circuit Court position in 1997. As a white male, he adds no diversity to the court.

It’s assumed Obama named Garland to circumvent threats from Senate Majority Leader Mitch “Rabbit Face” McConnell to block ANY nominee named by the President. The Republicans claim that sitting presidents shouldn’t nominate Supreme Court justices in their final year of office, a position that makes no sense nor has any legal precedent…especially since no Republican complained in the past when Republican Presidents offered up nominees during their final year in the White House. Obama’s choice of a moderate, white male previously backed by Republicans would force McConnell’s hand to break his vow to block any nominee or risk being seen as obstructionist in an important election year.

The president’s plan seems to have worked as several Senate Republicans have already announced they will break ranks with McConnell to meet with Garland.

Meanwhile, some Democrats are upset that Obama chose to go this route, preferring the President to nominate a more obviously diverse candidate, such as another woman to join the three already at the Supreme Court, and/or a more racially diverse choice. And, at 63, Garland is an older choice for the spot which goes against the recent tendency in naming nominees to high court positions, to go younger to ensure longevity for that choice and their supposed compatible ideology with the President making the nomination.

Some groups are concerned with this nomination but others were quick to support it, including the National LGBTQ Task Force who issued this statement:

President Obama has nominated Judge Merrick Garland to the U.S. Supreme Court. The National LGBTQ Task Force, the nation’s longest running national LGBTQ advocacy organization, is calling on U.S. Senators to take action on the judge’s nomination immediately.
“Today, President Obama nominated Judge Merrick Garland to serve on the U.S. Supreme Court. Judge Garland is a highly qualified candidate and now the U.S. Senate must fulfill its obligation of holding a fair hearing and vote on his confirmation to the Court.
“Delaying to fill the Supreme Court vacancy has serious implications for the lives of millions of people for generations to come. Too much is at stake including the future of voting rights, racial justice, economic justice, immigration reform, reproductive rights, and full equality for LGBTQ people. We urge the Senate leadership not to play politics with our judicial system and move the hearing and voting process forward swiftly.
“Failing to hold a fair hearing is not only morally wrong but it is also a complete disregard to the Constitutional responsibilities of the Senate,” said Rea Carey, National LGBTQ Task Force Executive Director.