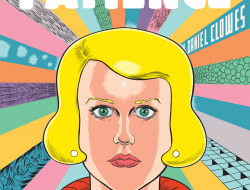 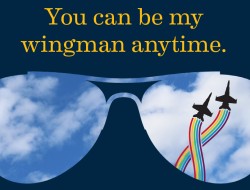 That header pretty much says it all actually.

Sigh. OK. I guess I need to up the word count to adequately review Seattle Repertory Theatre’s just opened production of Luna Gale by Rebecca Gilman which stars celebrated hometown actor/Hollywood success story Pamela Reed as a sardonic but caring social worker dealing with an overload of child welfare cases and a swarmy new boss. But, to be honest, that header does pretty much spell it all out. Ms Reed gives a terrific performance as “Caroline” the middle aged, midwestern social worker whose entire life is wrapped up in helping kids and families gain control of their lives as they battle poverty, abuse, addiction and a host of societal misfortunes. Rebecca Gilman has created a fascinating character in Caroline and given her plenty of great lines and created a rich back story for the character which Pamela Reed brilliantly interprets.

The problem with Luna Gale is everything else that’s NOT the character of Caroline. The plot and the other characters in the play feel like they’ve wandered out of a class teaching “How To Write A Pilot For A TV Show”…or, to be more specific, “How To Write A Pilot For A TV Show On Lifetime Television For Women Circa 2004”. The structure of the play, with its main “A” plot and a minor “B” plot to complement it, is a classic TV formula. Our “A” plot here concerns “Luna Gale” herself, an infant born to a pair of moderately dysfunctional older teens, Karlie and Peter, and Karlie’s mom, Cindy who wants to adopt Luna.

And, here’s our second problem with the play Luna Gale…the other characters who mostly seem like they’re rather cardboard-y tv drama archetypes and not nearly as interesting or believable as the main character Caroline.  Karlie and Peter are basically good, bright kids who have just started dabbling in drugs. Cindy, is a born again Christian who thinks she has failed as a mom with Karlie, and wants a second chance with Luna even if that means cutting Karlie out of her life.

Things are complicated by Cindy’s evangelical church getting involved when Cindy accuses Caroline of having an anti-Christian bias against Cindy for wanting to adopt Luna and raise her in her church. Caroline, who is an intelligent rational human being, actually/naturally DOES have a bias against Cindy and her “End of Days” brand of ludicrous religion and she’s opposed to Cindy taking Luna away from Karlie and Peter, who are trying to put their lives back together. Cindy’s minister, “Pastor Jay” gets involved and eventually Caroline’s rather unpleasant new boss also begins to put the pressure on Caroline to expedite the process so Luna can be legally taken from Karlie and Peter and given to Cindy to raise.

Meanwhile, another client of Caroline’s named Lourdes has aged out of the state’s welfare program and APPEARS to be headed down a sober road of success but things aren’t always like they appear to be… Pshew….yeah, that was a long, wordy, soapy mass of exposition to write. It’s also a long, wordy, soapy mass of theater to sit through, one of the chief problems with Luna Gale. As I’ve said, it plays like a television drama, which is fine if you’re sitting at home and can get up during commercials to pee or make a sandwich, but it doesn’t really function very well as stage drama. After seeing this production, I have absolutely no desire to ever see any other production of Luna Gale. Like so many television shows, after you’ve seen one moderately enjoyable melodramatic episode of “Caroline WhateverHerLast Name Is: Ace Social Worker” on Lifetime, there’s no need to pay $60 to see it again on stage. (On TV, which is kind of “free” there’s no issue about zoning out in front of the boob tube watching an episode of CSI or SVU for the 17th time…it’s mindless, modestly entertaining babble.)

The script and the plot are also very uneven. There are serious pacing problems in this play and moments where it just sort of sputters to a halt and it’s not entirely clear if it’s just the script or Braden Abraham’s hesitant direction.  It’s not helped by how some of the characters are not well thought out. The jerky boss is a bland, cookie cutter “asshole boss” role that we’ve seen hundreds of times in TV, film and onstage. Poor Alex Matthews, a fine local actor, has the unfortunate task of trying to flesh out this dull stereotype in his Rep debut but he doesn’t have much to work with. Other good actors are also trapped in rather thankless rote roles. Hannah Mootz as Karlie and Anne Allgood, cast against type as the Born Again mom, are both terrific actors and they do good work here, but both their characters seem like they wandered over from “One Life to Live”. Ditto for poor Pilar O’Connell stuck in a thankless role in the clunky “B” plot storyline but giving it her all.

Oddly, Rebecca Gilman does manage to flesh out the role of “Pastor Jay” and doesn’t paint the evangelical character into your standard “Bible Banging Pastor/Bad Guy” corner. Pastor Jay is surprisingly well rounded and seems, dare I say it, like he could be a real person. Part of that can also be attributed to Adrian LaTourelle’s excellent portrayal of the character, too.

And, Drew Highlands is also quite strong as the simple but sweet natured misfit teen father, Peter. It’s also a bit of an soapy role, the nice but dim dude trying to face up to his responsibilities, but Gilman does add some nice nuances to the character so it rises a bit above the mundane as well as being aided by Highlands’ subtle and charming performance.

The real star of the night, (other than Pamela Reed’s toughly mirthful performance; really if this WAS a TV show, she’d have an Emmy or two…) would have to be Michael Ganio’s delightful set which basically takes the tread mill approach by whisking in the various set components, of which this show has many (just like a TV show, to hammer home that point…) including offices, hospitals, meeting rooms, a break room, an apartment and Cindy’s kitchen. It’s like a magical plaything, where all the pieces are interchangeable and constantly in motion. You find yourself rooting for the set, more than the play itself.

Is Luna Gale worth seeing… Yes and no. There are great performances and the set is divine and if you really enjoy soapy TV drama, then by all means go and check it out.