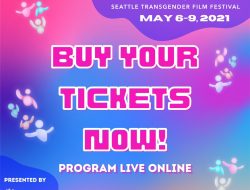 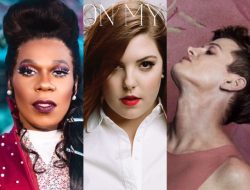 Seattle Repertory Theatre has TWO big streaming events coming up in its Plays in Process series in the next few weeks. First up is a new translation of Ibsen’s GHOSTS featuring star actors Mary Elizabeth Mastrantonio and David Strathairn on May 6th. Followed by a new musical with local talent, Lydia and the Troll from out playwright/composer/actor Justin Huertas.

Both these theatrical events are streaming and not live/in-person productions, so don’t be polishing up your dress shoes and start planning on where to part at the Rep just yet…

Seattle Rep today announced new casting for its third Plays In Process installment, set to feature a fresh and relevant new translation of the Ibsen masterpiece Ghosts. The Plays in Process program offers audiences a behind-the-scenes look at the development of new works on the horizon for Seattle Rep, and has previously featured Cheryl L. West’s Fannie and Erica Schmidt’s unique adaptation of Shakespeare’s Hamlet. This upcoming presentation of Ghosts will be directed by Carey Perloff (A Thousand Splendid Suns), and feature commentary from acclaimed actors Mary Elizabeth Mastrantonio (Scarface), David Strathairn (Good Night, and Good Luck), and Thom Sesma (Broadway: The Lion King) as well as one of the foremost Ibsen translators of our time, Paul Walsh (John Gabriel Borkman). Single tickets are on sale now at SeattleRep.org.

Henrik Ibsen’s Ghosts is perhaps his most vivid and controversial play. The story follows a mother caught between duty and desire and begs the question: how far should she go to protect her family? In Ibsen fashion, the play itself is a contemplative commentary on 19th century morality that has been translated for the American contemporary theater. Of the play and its title’s meaning, translator Paul Walsh said, “It means, that which goes again; that which returns. The ghosts of our past, all those things that we thought we had done away with—racism, sexism, homophobia—they all are returning now, and it’s so relevant. That’s how ghosts operate within this play and within our lives” (excerpt from Williamstown Theater Festival 2019 interview).

This new translation and subsequent production of Ghosts premiered at the Williamstown Theater Festival in 2019. As development continues, Seattle Rep audiences have the opportunity through this Plays in Process presentation to capture a rare glimpse into the creative process of adapting and refining this vibrant story.

It was also announced today that single tickets for the fourth installment of Plays In Process are on sale now and will feature the new contemporary musical Lydia and the Troll from local playwright Justin Huertas and co-creator Ameenah Kaplan. Inspired by fantasy and folklore, yet grounded in Seattle’s noted landscape and landmarks, Lydia and the Troll was commissioned by Seattle Rep, developed through The Other Season, and now Seattle Rep is sharing pieces of that development work through this one-of-a-kind Plays in Process experience. Learn more >>

A single ticket to a Plays in Process presentation is available now for the suggested price of $20 – current presentations on sale include Ghosts on May 6 and Lydia and the Troll on June 3. The Plays in Process three-part series pass is now available to purchase at the suggested price of $45. Other individual event tickets will go on sale in the coming weeks. Reservations are required for these events and pay what you choose options are available for all ticketing options. Purchase your ticket or pass today at SeattleRep.org.