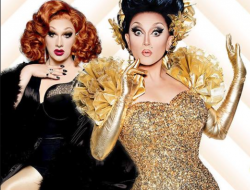 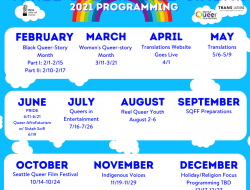 If you can remember that far back, Here Lies Love was the huge theatrical event that required Seattle Rep to remodel their main Bagley Wright stage to create an immersive theatrical experience. Here Lies Love was also a show that divided some audiences; many loved the colorful, vibrantly designed show and its terrific young cast of mostly Asian actors including rising star Conrad Ricamora. But, others were turned off by the musical’s approach to its content that centered on the controversial regime of Filipino dictators Ferdinand and Imelda Marcos. Our title for our review of that production takes both those views into consideration (The Disco Dictator Musical Gets An “A” For Showmanship But…)

They’ll be joined by many other artists in an event that is FREE to check (but obviously, donations to the Seattle Rep are strongly encouraged to enable them to continue providing Seattle with professional LIVE theater in the near future.

More info via the press release:

Seattle, WA (February 24, 2021) — Do you miss live theater? Did you miss Seattle Rep’s 2017 megahit show Here Lies Love, a revolutionary rock musical from music icon David Byrne? Get a taste for the theater you’ve been missing and experience the incredible reunion of the Seattle Rep Here Lies Love cast on March 13 as part of the organization’s annual Gala fundraising celebration. Revel + Raise At Home will be Seattle Rep’s first-ever virtual Gala, a critical event that raises funds to ensure the theater’s strong future and return to the stage in the year ahead. This one-of-a-kind experience is open to all – registration is free with donations encouraged.

In addition to enjoying a performance from Seattle Rep’s original Here Lies Love cast, Revel + Raise At Home audiences can look forward to witty banter between hosts Julie Briskman (Tiny Beautiful Things) and Justin Huertas (Lizard Boy) as they guide audiences through the festivities. In honor of this special evening, beloved artists will revisit past Seattle Rep productions in lively musical performances – these artists include Keiko Green (As You Like It, The Great Leap), Varinique Davis (Twelfth Night, As You Like It), Shaunyce Omar (As You Like It, Nina Simone: Four Women), and Eric Ankrim (Twelfth Night, Come From Away). Plus, E. Faye Butler (2012’s Pullman Porter Blues) will perform a tune from Cheryl L. West’s Fannie, a play on the horizon at Seattle Rep.

“Seattle Rep’s annual Gala fundraiser is such an exciting night for our theater community. While we’ll be doing things a bit differently this year to keep everyone safe, that excitement level remains the same — and we expect the turnout to be bigger than ever! With a virtual program, we are able to open this experience to all, and it’s a great opportunity for everyone across our region to celebrate and remember what they love about live theater and Seattle Rep. But, it’s also an opportunity for us to show the community how we have persevered this past year throughout the pandemic and subsequent shutdown of our theater, and where we are headed — and for our community to come together in support of Seattle Rep’s vision for the future,” said Jeffrey Herrmann, Managing Director. “It’s our hope that guests will be entertained and inspired to support our work at whatever level is possible for them. Without any shows on stage this season, donations at this event—our largest fundraiser of the year—are critical to helping the theater reopen its doors in the months ahead.”

Donations made during the Revel + Raise At Home annual Seattle Rep Gala fundraiser go directly to supporting the theater’s preparations for a successful return to the stage. The organization looks forward to welcoming the community back with shows that exhibit the same extraordinary artistry and high production values that they would expect on the stages, and a patron experience that emphasizes public health and safety for everyone who comes through the theater doors. From contracting artists to rehiring Patron Services staff and preparing its space for post-pandemic protocols, Seattle Rep needs community support now to ensure a strong return to production in the year ahead.

In addition to the exciting slate of celebratory performances, guests and donors of Revel + Raise At Home will have the opportunity to take part in an Online Auction featuring local and international travel packages, a Canlis dining experience, and much more to be announced March 3. Seattle Rep leadership will broadcast live directly from the Bagley Wright Theater where viewers will see pieces of the Jitney set that remain intact and almost frozen in time from the day the theater shut down due to the pandemic. Other participants in the night’s entertainment will broadcast live from remote locations, while other pieces of entertainment will be pre-recorded and aired for the very first time during this evening’s festivities. Save the date! Register to attend Revel + Raise At Home today >> http://bit.ly/RevelRaise