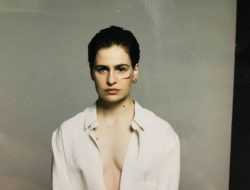 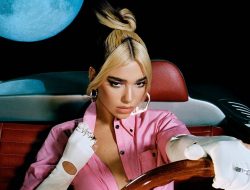 But, sometimes there are productions that demand you be blunt and to the point. And, Seattle Repertory Theatre’s currently running production of Sam Shepard’s 1980 comedy TRUE WEST is just such a production. To get to the point, it’s a quadruple threat…of awfulness. It’s badly directed, badly cast, poorly acted and not very well designed.

You know a show is in trouble if you can’t even like the damn costumes.

To refresh your memories if you’ve been around the theatrical block a time or two, True West is not very arguably the most accessible and probably the most popular of Shepard’s plays which tend to be on the dark, broody, disturbing and inaccessible side of things. They’re dark hearted and violent and while True West embraces all of these descriptors, it’s also pretty funny. It’s your classic “man versus man” story or more specifically a “Cain versus Abel” tale of feuding brothers of different personalities clashing over those differences in their elderly mother’s suburban kitchen somewhere in Southern California circa 1979 or so.

Mom’s on an Alaskan cruise and younger son Austin is house sitting and watering her beloved plants while also working on a screenplay he’s developing for Hollywood producer Saul. Austin is married with kids and seemingly a clean cut kind of guy but he also seems a tad twitchy and tightly wound. Part of that twitchiness might be due to the presence of his older brother Lee, who is cut from a grimier bolt of cloth than Austin. Lee is a bit of a hoodlum and part time burglar who sometimes stages dog fights out in the desert. He is a bit of a menace and his presence is unsettling to Austin especially as Lee enjoys picking on his younger, meeker brother.

Things get worse when Hollywood Producer Guy Saul pops by and Lee starts ingratiating himself to the producer with the eventual result that Saul is interested in making a movie out of a script idea that Lee pitches to Saul. Austin, annoyed that his bum of a brother is horning in on his turf, starts to challenge Lee. As the play progresses, the prescribed roles the brothers have played in their lives seem to get switched and their so-called differences don’t seem very different after awhile. Things get messy and violent…mostly messy.

And, then Mom comes home.

True West has an interesting history. Its original production at San Francisco’s Magic Theater was a big hit in the summer of 1980 and its success led to legendary producer Joe Papp snapping up the rights to the play to make its NYC debut at his Public Theater with the same director but with two big Hollywood names as the brothers: Tommy Lee Jones as Austin and Peter Boyle as Lee. The oddball casting did not work in the play’s favor and the Public production was a notorious flop which closed early.

Cut to a couple years later and the up and coming Steppenwolf Theater in Chicago produces the play with the then unknown outside of Chicago company members Gary Sinise as Austin and John Malkovich as Lee and it’s a super huge hit that then transfers to NYC and makes stars out of both actors and the Steppenwolf company. True West becomes part of the great canon of plays and continues to get stagings all over the world. When done CORRECTLY it’s an entertaining and darkly humorous evening of theater.

But, while one can see why theaters like the idea of doing True West; it’s one simple set (suburban kitchen/dining area) with only 4 actors needed it’s actually quite a tricky piece to pull off. And, the biggest obstacle is to cast the show with the right actors, specifically for the two brothers (who are the center of the play obviously) otherwise it just doesn’t work correctly. And, like the ill-famed original Public Theater production, Seattle Rep and its artistic director and the director of this specific production, Braden Abraham make their first and most grievous error:

They miscast the show.

So, you have a play about two brothers and a play that rather clearly deals with the fact the brothers are SEEMINGLY quite different from each other on the surface (one is a bum; the other is a clean cut family man) the reality is that underneath that surface, they’re really not much different at all. So if you’ve followed the history of True West at all, something becomes apparent when you examine productions that have had great success with the material. It’s always because of the casting of two actors capable of physically and emotionally playing EITHER ONE OF THE ROLES. It’s why the original Steppenwolf production with Sinise and Malkovich worked so well; you had two actors of the same age and emotional range playing the brothers. Another famous production, the actual Broadway debut, was in 2000 with Philip Seymour Hoffman and John C. Reilly playing the brothers and actually alternating the roles throughout the run.

But, the Rep decided they needed to cast “name” actor Kevin Anderson, who worked at the Rep in 2019 in their Last of the Boys production (which was also a turd) and they brought him back to Seattle to play Lee…despite the fact Mr. Anderson is a 60 year old man. And, opposite him, they cast Oregon based actor Zachary Ray Sherman who appears to be (maybe) about 34 or so (really, he looks more like late 20s but judging by his bio, he must be in his 30s). So, Mr. Sherman is a thin, trim slightly bit young man of about 35 and Mr. Anderson is a solidly built, beefy middle aged man of 60 and physically, emotionally, spatially, and artistically it just isn’t correct casting. The actors appear to be father and son on that stage and not brothers in any sense of the word. It’s bizarro world casting, it’s so off the mark.

So the casting is wrong from the get go. And, the performances are, not surprisingly, off as well. There is no coherency in how the two interact and react to one another onstage…they’re just actors saying their lines. There is no coherency in the staging by Braden Abraham….there’s just stumbling around the narrow, dull set designed by Tim Mackabee that feels like a train car decorated by your color blind and taste-free grandma in 1979. The lighting is garish and the sound design was mostly non-existent. Mr. Anderson’s bum clothes looked vaguely bum-ish but they also looked like leisure wear you’d buy at any Target today; they never suggested “1979 desert burglar/pit bull owner” but rather “lazy writer sitting on couch writing theater reviews in 2020” mostly because I think I own the same leisure pants Kevin Anderson is wearing in this production…and, I just might have them on right now.

The production, from start to finish, felt like a not terribly gifted community theater had produced it with the belief that True West is supposed to be performed like a lesser Neil Simon play with plenty of laughs but not any kind of emotional thought to it other than the sheer joy of watching an actor make 20 slices of toast all at the same time.

Sam Shepard was rather vocal about the failure of the original NYC production of True West at the Public Theater…he publicly blamed the casting for ruining his play. If ole Sam was alive and kicking today and checking out the Seattle Rep production he might just have something similar to say… but, he’d probably just chew out the director.

2 Responses to Review: “True West” Is A Quadruple Threat Of Banality