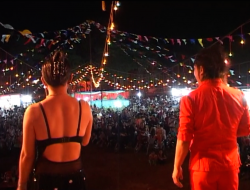 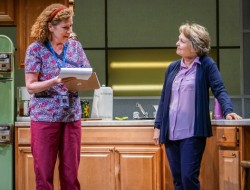 We love it when you can do TWO cool things in one night.

FIRST, if you’re a fan of writer/artist Daniel Clowes, you’ll want to head down to Georgetown to the Fantagraphics Bookstore to meet the celebrated graphic novelist and snag a copy of his long awaited new book, PATIENCE.

We can’t wait for the Daniel Clowes signing this Saturday at Fantagraphics Bookstore from 6:00 to 9:00 PM in Seattle. While we have ample supplies of Patience and other titles on hand, we encourage patrons to arrive on the early side, as his books tend to vanish quickly at these events. We’ll provide complimentary refreshments while you wait patiently to engage the artist. The book is simply amazing on every level imaginable.

Patience is the first all new, original graphic novel from Daniel Clowes (Ghost World) in over a half-decade, and also the biggest and most ambitious book yet in a storied career that includes multiple Eisner and Harvey Awards, a PEN Award, and an Academy Award nomination.

Patience is an indescribable psychedelic science-fiction love story, veering with uncanny precision from violent destruction to deeply personal tenderness in a way that is both quintessentially “Clowesian,” and utterly unique in the author’s body of work. This 180-page, full-color story affords Clowes the opportunity to draw some of the most exuberant and breathtaking pages of his life, and to tell his most suspenseful, surprising and affecting story yet.

Fantagraphics and Clowes helped usher in today’s golden age of literary graphic novels, as evidenced by the just-released Complete Eightball 1–18, which collects the historic comic book series (1989-2004) that originally serialized Clowes classics such as Like a Velvet Glove Cast in Iron and Ghost World, the latter of which is the best-selling book in Fantagraphics’ history, with 20 editions since its debut in 1997.

We’re ridiculously excited about this new work from Daniel Clowes. He’s a master storyteller and his way with creating uniquely strange but realistic characters in odd situations is his great gift. If you’re a fan of Clowes, you’ve had those “Clowesian” moments while you’re riding a bus or hanging out in a bar or in the park…you’ll SEE and HEAR characters that hauntingly remind you of people inhabiting his “ghostly” worlds.

And, speaking of odd characters behaving queerly…unless you need to immediately rush home to sink into the Clowesian landscape (or, in the case of Patience, perhaps “timescape” is a better choice of word…), you can then bop over to the International District to check out this month’s BACON STRIP, Sylvia O’Stayformore’s “Big Gay Variety Show” which is happening at the Theatre Off Jackson at 9pm and features a “takeover” from Sylvia’s two main men, The Darlings.

Sylvia OStayformore and Mizz Honey Bucket, local performers coordinate, and wrangle other local artists and crazies to perform for you at a monthly drag theme costume party called Bacon Strip! We are now at Theatre Off Jackson on 7th Ave and Jackson. Come on down to the neon lights and 24 hour restaurants peppering the International District.

March’s show is being taken over by The House of Darling. With the theme of Easter Eggstravaganza, The Darlings have invited everybody’s favorite Christian, Bobbi Jo Blessings, to hostess. Dust off your Easter Bonnets and put on your Sunday best for Jesus is sure to rise again.

The show promises to be an over-the-top celebration like you’ve never seen. We will rejoice in dancing, singing and praise. You will definitely feel his love inside of you.

So come on out and get your fill of the gurls and of bacon served fresh by our own salty meaty men.