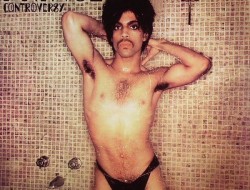 His “Café Society” Is The Opening Gala…Is Woody Allen Coming To SIFF? We doubt it. We’ll be honest…that’s totally a click bait header. Woody Allen seldom does publicity for his films. Now, it’s likely he’ll go to the Cannes opening; after all, it’s CANNES! But, as awesome as SIFF is, we doubt he pops up in town on May 19th…of course, you never know.

Frankly, we’d settle for Parker Posey, Anna Camp, Judy Davis and Corey Stoll. They’re all amazing actors. And, we have a crush on Corey Stoll.

Here’s all the poo on Café Society, the opening night gala for the 42nd Annual Seattle International Film Festival and here’s the link to snag tickets, at a variety of price levels for the Opening Gala.

Oh, and the entire line up for SIFF 42 is announced on Wednesday, May 4th (tickets for SIFF members go on sale that day, too) with tickets for the rest of us on sale on Thursday, May 5th.

And, the press release also announces that Amazon Studios, who produced Café Society, have partnered up with SIFF to present six other Amazon Studio titles for this year’s festival. It’s nice to see the synergy between the two…

The Opening Night Gala of the 2016 Seattle International Film Festival on Thursday, May 19 will feature the North American premiere of Amazon Studios’ Café Society, the newest film from legendary director Woody Allen. The Festival’s Opening Night Red Carpet Gala will take place at the prestigious 3,000 seat Marion Oliver McCaw Hall at Seattle Center with a celebratory party to follow for all attendees. The 2016 Festival runs May 19 through June 12 at venues in Seattle and surrounding cities.

Café Society is a sparkling romantic comedy that features a stellar cast of rising stars and acclaimed acting talent, including Jesse Eisenberg, Kristen Stewart, Steve Carell, Parker Posey, Blake Lively, Corey Stoll, Paul Schneider, Anna Camp, and Judy Davis. The bicoastal period piece tells the story of a young man (Eisenberg) who arrives in Hollywood from New York during the 1930s hoping to work in the film industry. He falls in love and finds himself swept up in the vibrant café society that defined the spirit of the age.

In his new role as Festival Director and Chief Curator, Carl Spence says, “Woody Allen delivers a delightful, vibrant, and entertaining tale that continues to expand his repertory of acting talent. Combining the power of SIFF, which boasts the largest audience of any film festival in the country, with an emerging Seattle-based film distribution powerhouse that firmly believes in the theatrical experience, along with one of our most acclaimed directors, is a perfect match. We are proud to collaborate with Amazon Studios with seven titles in our lineup. They have confidently emerged as relevant curatorial partners for the filmmaking community with a wealth of experience and love of cinema to bring a broad and diverse range of high-quality films to the American public.”

The 42nd Seattle International Film Festival presents an unprecedented slate of six additional titles from Amazon Studios, led by the North American premiere of Café Society, direct from its World premiere as the Opening Night film at the Cannes Film Festival in May 2016.

This year’s Festival continues the SIFF tradition of rich and varied programming from around the world, aided in part by a generous FilmWatch grant from the Academy of Motion Picture Arts and Sciences. SIFF has been named to receive $25,000 to continue its groundbreaking African Pictures program. Now in its fourth year, African Pictures at the Seattle International Film Festival has presented 67 films from 37 countries, and 2016 will include 10 features and 6 shorts from the entire African continent, to be announced on Friday, April 22.