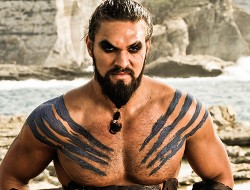 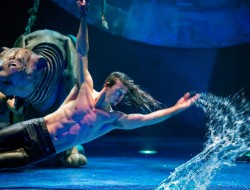 How I hate you.

I’m a stinky, lefty, arty farty type who has little stomach for corporate cruelty at the expense of  “The Little People” so I’m not really very interested in stories about the bad behavior of Wall Street high finance types unless I know the story is going to end with said corporate sharks getting their comeuppance. Since I knew next to nothing about DRY POWDER, the newish play by Sarah Burgess making its area premiere at Seattle Repertory Theatre this week, I had to go in hoping for the best (investment bankers being skewered alive on stage would have been acceptable) but mostly resigned that this “black comedy” probably wasn’t going to go that far.

It’s a 4 hander about a Wall Street investment firm buying a preciously naive California luggage company….I think. The firm is headed by power player Rick who’s upset that he and his firm are being raked over the coals for recently buying another company then gutting it of all its assets and firing most of the staff. On his team are Jenny, the hard boiled shark who recommended that gutting and Seth the “nice guy” who thought it a bad idea. Seth is also the one setting up the Cali luggage deal with Jeff, the laid back boss of that company; the pair are looking to make a good deal that will actually help grow the company and let it keep all its employees. But cold hearted Jenny thinks otherwise and implores Rick to buy the company then ship all production over seas and terminate most of the expensive California workers. Dry Powder is essentially a “good cop/bad cop” story with the pair trying to sway Rick to handling the deal the way they seem most financially logical and beneficial.

Ms Burgess has come up with an interesting and very timely play and she seems to certainly know the lingo of Wall Street; I know little to nothing of that world but the conversations and machinations in Dry Powder all sound authentic. The dialogue is snappy and crackles with urgency.

But the play is ultimately let down by the cartoon nature of the characters…no one seems particularly real here, or more accurately, none of the characters seem consistent in their actions and intent. Rick the boss seems too wishy washy and indecisive to be a major Wall Street player. Jeff, the luggage company boss is blandly underwritten with a final twist that seems…out of character. The play actually centers on the battle between the brutal Jenny and the more benevolent Seth but it too suffers from a sense that the playwright is trying too hard to make them “cute”. And, Jenny is far too clownishly drawn here; her over the top behavior is weirdly over written almost like the playwright was determined to make the only female character the “best” one with all the good lines but actually ends up demeaning the character. The problem is, Jenny is so broadly drawn that while she’s supposed to be very intelligent, she actually comes across as rather dumbly venial. The character is too clownish and too stereotypical in its lazy “mean conservative businessperson” characterization.

That said, all four actors did a fine job playing these characters. Shawn Belyea always makes for a good blustery boss and Richard Nguyen Sloniker is your go to guy to play “nice” bourgie dad types with an undertone of moral weakness. MJ Sieber can play all types of characters from nasty to nice but he’s doing a fine job here of handling a character that leans more towards the latter. And, while I didn’t care for how the character was written, I think Hana Lass does a terrific job playing the nasty Jenny; it IS a fun role for an actress to play, as awful as she is, and the actress does a good job of keeping Jenny’s nastiness within the bounds of comedic believability. She and Mr. Sieber are obviously enjoying the snarky banter between their two adversarial characters.

It’s a handsome show with a simple but high end corporate gloss to all the design including the nifty sliding sets by Matthew Smucker (that kinda/sorta reference similar sets from last year’s Rep show, Luna Gale). Director Marya Sea Kaminski keeps everything on track for the most part, though there are some awkward moments as actors exit sets that are zipping off into the wings.

Dry Powder will probably interest those who actually inhabit that world of finance and Wall Street shenanigans…ie your average retired East Side retiree. It has about as much depth as your average network TV show so if you’re not expecting it to be anything more than that, you should enjoy its mildly interesting but very topical plot inhabited by a roster of cartoony cardboard characters.