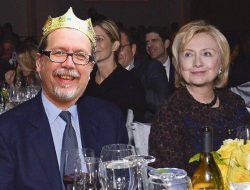 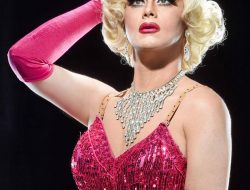 August 29, 2017 Comments Off on Fall Is Coming. Almost Time To Get “Into The Woods” At Village Theatre Views: 1808 *Seattle Theaterland, All Ages Events, Arts & Entertainment, Family Friendly, Mark Your Calendars, Stage It’s because Issaquah’s Village Theatre is currently in rehearsals with Stephen Sondheim’s delightful fairy tale musical, INTO THE WOODS where he and librettist James Lapine create their own Fairytale-verse where Cinderella lives next door to Jack and his beanstalk and Little Red Riding likes to stock up on macrons at the local Baker’s Shop who lives next door to a Wicked Witch who put a curse on the Baker  and…well, eventually everyone in the story has to go into those mysterious metaphorical woods. But, rest assured that the way is clear and the light is good…the woods are just trees and the trees are just wood! Broadway actor Trey Ellett to star as The Baker in Village Theatre’s INTO THE WOODS this fall.

Village has just announced the cast and team for their journey “into” the woods which commences September 14th through October 22nd at their Issaquah home base before moving to Everett from October 27th thru November 19th. Kathryn Van Meter will direct a terrific mostly local cast that includes Mari Nelson as the Witch, Christine Marie Brown as the Baker’s Wife, Allison Standley as Cinderella and Jayne Muirhead as Jack’s Mother. The only out of town actor cast is Broadway’s Trey Ellett as The Baker.

ISSAQUAH, WASH. – Kicking off Village Theatre’s 2017-2018 Season is the Tony and Drama Desk Award-winning musical, Into the Woods. “Happily ever after” will be just the beginning in this musical collision of the original Grimm fairytales. When Cinderella, Jack, Rapunzel, Little Red, and more venture into the woods after their heart’s desire, they get a lot more than they bargained for. As princes seduce and giants roam the land, stories get intertwined and the plot thickens. With a jaw-dropping design team and a stellar cast of Village Theatre favorites, Into the Woods is sure to take you “into the woods, to get the thing, that makes it worth the journeying.”

“When I started this project, I wanted to make something beautiful that evokes a response and makes you think,” says Director, Katheryn Van Meter. “It’s important to know that our actions have consequences, and that in itself is wonderful and beautiful. It’s so easy to give up and be pessimistic. How do we stay positive? How do we come together as a community and take care of each other?”

Taking on the role of the Baker is Trey Ellett. Trey comes straight to Village Theatre from the Broadway productions of Amelie and RENT. Joining Trey will be a cast of local and national Village Theatre favorites including: Christine Marie Brown as the Baker’s Wife, Molli Corcoran as Rapunzel, CT Doesher as the Steward, Alexandria Henderson as Florinda, Eric Jensen as the Narrator & Mysterious Man, Cheryse McLeod Lewis as Cinderella’s Stepmother, Arika Matoba as Little Red Ridinghood, Rafael Molina as Jack, Jayne Muirhead as Jack’s Mother, Corinna Munter as Cinderella’s Mother, Granny, & Giant, Mari Nelson as The Witch, Matthew Posner as Rapunzel’s Prince, Marissa Ryder as Lucinda, Allison Standley as Cinderella, and Kevin Vortmann as the Wolf & Cinderella’s Prince.

Wishes and community are central characters in Into the Woods, and Village Theatre’s talented artisans have created a new way to incorporate both elements into the production. This summer, handwritten paper wishes were collected from the Issaquah and Everett communities. Those wishes will become part of Matthew Smucker’s scenic design as the leaves in the woods – totaling an impressive 3,000 “leaves”. Costumes and lighting will further bring life to the show with some unique and exciting designs. Costume & puppet designer, Melanie Burgess, will create an upcycled look for our cast using mixed patterns and striking textures. Additionally, special projections will bring a new element to Alex Berry’s lighting design. Joining these professionals is a slew of talented Village Theatre specialists. Tim Symons will serve as music director, while Gregory W. Towle will design the incredible show projections, and Brent Warwick constructs our sound design.

Into the Woods is on stage in Issaquah September 14 – October 24, 2017 before moving to Village Theatre’s Everett location from October 27 – November 19, 2017. The production is sponsored in part by Encore Arts Programs, SeattlePI.com, ArtsFund, Microsoft, The Seattle Times, The Shubert Foundation, United, Snohomish Country hotel-motel tax fund, City of Everett, City of Issaquah, Black Label, Lombardi’s, and Pogacha.

Based in Issaquah, WA, with operations in Everett, Village Theatre is a leading producer of musical theatre in the Pacific Northwest. Producing entertaining, quality productions for the entire family since 1979, Village Theatre has grown into one of the region’s best-attended Equity theatres, with over 20,000 Subscribers and 200,000 projected total attendance each season. Through its Village Originals program, Village Theatre is nationally recognized for its contribution to the development of new musicals, having launched over 150 new works to date. Village Theatre also takes pride in nurturing tomorrow’s audiences through its youth education programs, Pied Piper and KIDSTAGE, serving over 60,000 young people, families, and schools annually.