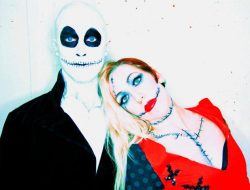 Can Can Returns With 2 Halloween Classics 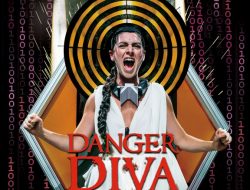 She’s a bit clueless at times (but we cut her some slack; she’s fukcin’ HANNAH MONTANA! And, still wet behind the ears…) but we like Miley Cyrus. She seems like she has her shit together as a young pop star. We’re hopin’ and thinkin’ she won’t be one to run off the rails like so many child stars/turned pop stars.

Miley has a new album out next week and a new single now. Here’s some POO!

Miley Cyrus‘ sixth studio album Younger Now will be released September 29 via RCA Records and is available for pre-order now at all digital retail providers. Today, she has revealed a fourth track from the collection, “Week Without You,” lyrics written by Miley Cyrus, with music written and produced by Miley Cyrus and Oren Yoel. The track will be available as instant-grat upon album pre-order along with previously released tracks “Malibu,” “Inspired,” and “Younger Now.” Listen HERE.
Younger Now is by no means a reinvention, but more a continuation. As the title-track expresses, “No one stays the same.” Cyrus has always been true to herself on her creative journey and has shared her life and experiences with fans through her artistry. Her prior albums were a direct reflection of her unapologetic self, and uncompromising vision of her music. And with Younger Now, Cyrus took the full creative reigns with an intention to share a piece of herself, unlike before. She wrote every lyric, co-wrote the music, and co-produced the album.
“This writing process has been a really different experience because I’ve never put out an album this way,” Cyrus admits. “People have been asking me, ‘is this like a re-introduction of yourself?’ But it’s not that at all. Actually, it’s more like, I am this person who embraces all my past selves. This album is the most me for right now that I can be.”
Cyrus recently invited BBC Radio 1 Live Lounge to her Rainbowland studio for a special performance that included “Malibu” and “Younger Now,” as well as fan favorites “Party In The U.S.A.” and “See You Again,” which is currently celebrating its 10-year anniversary. Cyrus showcased her vocal prowess and country-tinged roots, and chose Roberta Flack’s classic ballad “The First Time Ever I Saw Your Face” as her cover.
Following the release of title track “Younger Now,” Forbes noted, “Miley Cyrus … puts down the synths and the production software and allows real instruments to do the heavy lifting.” Rolling Stone wrote, “Both the single and video find Cyrus balancing her pop and newfound country instincts, with the singer emulating country legends like Johnny Cash, Porter Wagoner and Elvis Presley.”
Miley Cyrus is a singer-songwriter, actress, artist and philanthropist. With five #1 albums including her 2013 GRAMMY-nominated album Bangerz, which went Platinum in the U.S., five sold out world tours and almost 30 million tracks sold, Cyrus is one of the most influential artists in pop culture. Most recently she showcased her artistic vision on her independent album Miley Cyrus and Her Dead Petz. She is one of the most searched artists in Internet history with over 160 million digital platform subscribers and over 3 billion video views.
In addition to her success in music and television, Cyrus founded the nonprofit organization The Happy Hippie Foundation to rally young people to fight injustice. Since launching, the foundation has provided direct support to thousands of homeless and LGBTQ youth across the country. In 2015, amfAR honored Cyrus’ fight against HIV/AIDS with its Award of Inspiration and the Los Angeles LGBT Center honored her work on behalf of LGBT youth with its Vanguard Award. Most recently, Cyrus has been honored with Variety’s 2016 Power of Women award for all her philanthropic efforts.
Younger Now Tracklist:
1. Younger Now
2. Malibu
3. Rainbowland ft Dolly Parton
4. Week Without You
5. Miss You So Much
6. I Would Die For You
7. Thinkin’
8. Bad Mood
9. Love Someone
10. She’s Not Him
11. Inspired
To Buy or Stream “Week Without You”:
iTunes: http://smarturl.it/MCYoungerNow/itunes
Apple Music: http://smarturl.it/MCYoungerNow/applemusic
Spotify: http://smarturl.it/MCWWYSP
Google Play: http://smarturl.it/MCWWY
Amazon: http://smarturl.it/MCYoungerNow/amazon
Watch on VEVO: http://smarturl.it/MCWWYps
To Pre-Order Younger Now:
iTunes: http://smarturl.it/MCYoungerNow/itunes
Amazon Music: http://smarturl.it/MCYoungerNow/amazon
Google Play: http://smarturl.it/MCYoungerNow/googleplay
Spotify Pre-Save: http://smarturl.it/MCYoungerNow/spotify
Follow Miley Cyrus:
Website: https://www.mileycyrus.com/
Facebook: https://www.facebook.com/MileyCyrus
Twitter: https://twitter.com/MileyCyrus
Instagram: https://www.instagram.com/mileycyrus