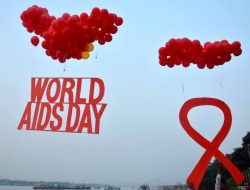 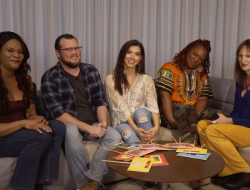 Transgender Day of Remembrance (TDOR) is an annual observance on November 20 that honors the memory of transgender lives lost to acts of bigotry and violence. It’s a moment to honor their lives and rededicate our efforts in fighting for transgender social justice both in the United States and around the world.

Here’s a list of known area events honoring those lives and below that, a proclamation from the Seattle LGBTQ Commission on TDOR with some very vital information.

And, from the Seattle LGBTQ Commission:

The Seattle LGBTQ Commission recognizes Transgender Day of Remembrance on Nov. 20, 2017. This is a day to remember and honor those who have lost their lives due to anti-transgender hatred and violence.

Transgender Day of Remembrance was founded in 1999 by a handful of trans individuals, including Gwendolyn Ann Smith, who shares:

“The Transgender Day of Remembrance seeks to highlight the losses we face due to anti-transgender bigotry and violence. I am no stranger to the need to fight for our rights, and the right to simply exist is first and foremost. With so many seeking to erase transgender people —
sometimes in the most brutal ways possible — it is vitally important that those we lose are remembered, and that we continue to fight for justice.” (quoted from https://www.glaad.org/tdor)

With deep sadness, we acknowledge that at least 25 trans people have been killed in 2017. We celebrate and honor their lives while we continue to push for legal protections and social inclusion for trans and nonbinary individuals

Transgender individuals are brave and resilient. Transgender individuals are standing up each and every single day to fight for the liberation and freedom of all. We appreciate our many transgender community leaders, both local and national, both contemporary and in our past, such as Marsha P. Johnson, Danni Askini, Jennicet Gutiérrez, Montserrat Padilla, CeCe McDonald, Janet Mock, Kylar Broadus, Danica Roem, and so many others.

As Laverne Cox says, “It is revolutionary for any trans person to choose to be seen and visible in a world that tells us we should not exist,” and as Alok Vaid Menon writes, “even though colonization would have you believe that we are new — we have always been here. even though my own people continue to harm & erase me — i am still here.”
We still have a lot of work to do here in Washington State and in Seattle. Transgender individuals experience disparities across all sectors of daily life, as outlined in the 2015 U.S. Transgender Survey.
Within our state:
We invite you to be involved.
Participate in an event to recognize Transgender Day of Remembrance, such as U.T.O.P.I.A Seattle and The Campbell Center’s event.
Support efforts to create a non-binary gender marker and reduce barriers for changing gender designations on Washington State birth certificates DOH Call for Comments,Previous Comment Script from Gender Justice League
Within Seattle, submit a complaint for any business you think may be violating the All-Gender Restroom Ordinance
Volunteer for organizations that are advocating for and providing resources to trans and gender-nonconforming individuals such as Gender Justice League,Ingersoll Gender Center,Gender Odyssey,Camp Ten Trees, and U.T.O.P.I.A
Support and utilize forms of community safety that do not involve policing, such as Q Patrol.