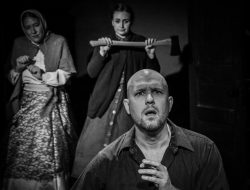 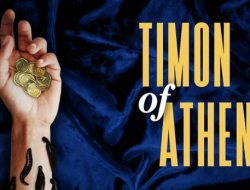 After 20 Years, Jason Plourde Announces He Is Leaving $3 Bill Cinema Jason Plourde, longtime Executive Director of Three Dollar Bill Cinema, the producers of many LGBTQ film events in Seattle, announced January 13, 2018 he was leaving the organization after 20 years. Plourde is pictured here from a photo from the 2012 Seattle Lesbian & Gay Film Festival. Photo: Michael McAfoose for SGS

Gasps were heard all over local social media on Saturday night, January 13th, after Three Dollar Bill Cinema’s longtime Executive Director Jason Plourde announced he was leaving the organization that he had been a part of for 20 years.   Originally starting out with the non-profit arts organization as a volunteer before advancing to lead programmer for the annual fall film festival, Plourde succeeded Rachael Brister to the top leadership spot in 2012.

After two decades working for an organization I love, creating community through LGBTQ film, I’ve decided to move on from Three Dollar Bill Cinema.

It’s been an incredibly rewarding experience building a resource that has served so many. And I’m grateful for the opportunity and privilege to have met countless talented, caring, and remarkable people (like you) through my various roles.

Twenty years is a long time, and I’m ready for a change. I’m excited for new challenges and my next adventure (and I’m taking some time to decide exactly what that will be).

For those of you that will be at Sundance next week, I hope to see you there! And for the rest of you, I know our paths will cross again soon…or at least we’ll have social media to stay in touch.

Much love and many thanks to you all!

Plourde’s announcement resulted in dozens of comments thanking him for his years of service to Three Dollar Bill Cinema and not only to Seattle’s LGBTQ community but the Seattle area film making community as well.

We’ve reached out to Jason and Three Dollar Bill Cinema for further clarification on his announcement including inquiring on whether his resignation takes place immediately or with a future end date. And, does Three Dollar Bill have an interim (or permanent) executive director ready to take his place?

We also wish Jason best wishes on his future endeavors and thank him for all his years of service to the community.

A toast to Mr. Plourde.