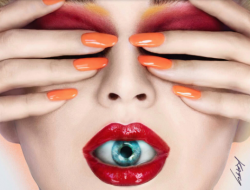 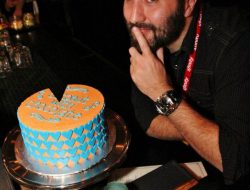 My first theater trip of the year was a journey into a heart of darkness courtesy of Akropolis Performance Lab’s adaptation of Dostoevsky’s class novel “Crime and Punishment”. For those of you who skipped taking “Russian Lit 101”, “C&P” is the Russian writer’s masterpiece, his 1866 novel that examines the morality of crime and the repercussions that a crime has on the psyche of its perpetrator.

In this case, it’s a young student named Raskolnikov who is floundering in Saint Petersburg. Poverty and his own inner conflicts about morality and the greater good, drive him to murder a female pawn broker and her sister despite the fact he’s been offered aid from his good friend Razumikhin and there’s the promise of more support from his loyal mother and his sister Dunya who has been earning money for the family by working as a nanny. That’s the chief thread of the novel, Raskolnikov’s torment following his crime, but we also follow Svidrigaïlov, Dunya’s employer who is infatuated with her and has come to St. Petersburg in pursuit, after the suspicious death of his wife. And, there’s Marmeladov, a drunken fool whose mismanagement of his life results in his death and the need for his deeply devout daughter Sonya to prostitute herself in order to support their family.  Sonya and Raskolnikov develop feelings for one another but Inspector Porfiry, investigating the death of the pawn broker Alyona Ivanovna, is hot on the case and deeply suspicious of Raskolnikov’s actions and behavior since the murders.

It all ends about as happily as you would expect from a Russian novel, meaning not in the slightest.

The novel has been adapted by Akropolis co-artistic director/founder Joseph Lavy who also directs here and plays not only the drunkard Marmeladov but also the sinisterly charming Svidrigailov, who is in pursuit of Dunya, the sister. Meanwhile, the other co-artistic director/founder Zhenya Lavy (married to Mr. Lavy) serves as musical director and appears onstage performing the hurdy-gurdy, an old hand cranked stringed instrument known for its odd and distinctive sound. These are the roles usually played by the Lavys with Akropolis who lovingly create their intimate productions over a considerable period of time with an ensemble of frequent collaborators.

“Crime + Punishment” (as they are billing this adaptation) is a largely faithful version of the novel with all the principal characters and plot intact and only minor threads eliminated or condensed with a running time of three hours. The piece is broken down into three “movements” (though only two acts) with Movement I: Darkening focusing on the events leading up to the murder and the murder itself, and Movement II: Inferno with Raskolnikov’s reaction to the murders and inner turmoil following. The second half consists solely of Movement III: Lazarus as Raskolnikov continues to struggle with his crime and his feelings for Sonya, while being threatened by the actions of Svidrigailov and the pursuit by the detective Porfiry.

There’s elements to admire with this production…some very solid, intense moments of drama as well as some strong performance moments and an interesting use of sound and music to propel the story. There’s some vivid physical staging, particularly with the murders and following, as Raskolnikov remembers the murders, that are recreated by the same actors in a lovely and terrifying ballet of their death throes.

But, the highlights are mostly MOMENTS within the very long running time of the piece and unfortunately many of those fascinating moments are surrounded by long stretches of tedium and misguided choices. This “Crime and Punishment” is a three hour production that sometimes feels like a 5 hour production.

A lot of that is due to choices made by both Lavys. Mr. Lavy, as adapter of the material, probably needs to work with a dramaturg to give the actual script a bit of a prune…there are repetitions and certain speeches that last longer than they need to. As director, Mr. Lavy needs to step back and take a look at some of the staging as well as some of the performances…there are certainly moments in this play where it just needs to have a bit more movement and clarity. Creating mood and psychological tension are obviously very important here but the first act is very, very long and it takes far too long to actually GET to the murders that drive the plot. Act 2 plays a bit faster but it’s also plagued by languid moments.

Part of that issue goes to Ms Lavy’s musical choices. The Russian songs and music chosen here do add a great deal to the atmosphere of the piece but there are several Russian songs performed by the cast during the show that go on and on and on and on for a torturous amount of time. A dirge is fine, to establish the tone, but three of them is a tad excessive.

As for the performances, they are mostly quite strong but they don’t all seem to be on the “same page” or existing within the confines of the same production. Emily Jo Testa did an admirable job as the elderly pawn broker/murder victim but she’s actually not at all old and she does the thing that younger actors do when playing old, they overdo certain cliched “old people” mannerisms. I think Ms Testa does many good things with the role (and in her other role as Raskolnikov’s kind but nervy mother) but she really needed the director to step in at some point to tone down some of the shuffling mannerisms….and, speed up the whole damn thing.

A similar thing with the gender blind casting of Jennifer Crooks as the detective Porfiry. Ms Crooks wears menswear ( but makes no attempt to hide her hair or physique) and plays the role as “male”. The performance is….big. And, I like “big” performances….bold actors make bold choices. Here, she’s rather obviously using Peter Falk’s portrayal of the 1970s television detective Columbo as the basis for her own performance, and probably largely based on the fact that the creators of that television show allegedly based the character on Porfiry. It’s a twitchy, physical performance and one that I like AS an individual performance but….I don’t think this performance is the right one for this particular production. No one else in the cast is going this broad with a performance or an interpretation of a character…why is the director wanting there to be this disconnect? Why have a parody type performance mixed in with the rather serious mood of the rest of the play?

There’s also Mr. Lavy’s performances (he has two here) and while I liked his sly take on the conniving Svidrigailov, his long winded monologue as the drunken Marmeladov was just that: long and windy. So, here we have an actor getting a tad chewy being non-directed by himself with an overly long monologue he also created resulting in…

A conundrum trapped in a quagmire wrapped in a multi-hyphenated over reach.

But, the biggest acting issue with this “Crime + Punishment” is the miscasting of Tyler J. Polumsky as Raskolnikov. It really is a case of the wrong actor for the role here, in my opinion, both physically and emotionally. Raskolnikov is a starving young student being torn apart by his very dark Russian psyche and Mr. Polumsky doesn’t project any of those things. He looks like your average hearty, beefy, happy go lucky, next door American with the whole world potentially in front of him. He needs to be playing Biff in “Death of a Salesman” not starving, dark souled Slavs in existential turmoil teetering on the abyss of despair. It just doesn’t scan and since the character is the center of the piece, and the actor can’t HOLD the center, the production feels untethered. And, emotionally, the actor never projects anything other than dull glumness…like your average Seattleite depressed because the Seahawks didn’t make the playoffs. Despite Mr. Polumsky’s talents, it’s a case of those talents being misused by this casting. Which is too bad; the actor deserves better.

Never end with a negative so here’s some nice words to say about Sara Kaus and her lovely portrayal of Sonya as well as Matt Sherrill giving Razumikhin a joyful lightness. Tonally, both actors got it right.

Design wise it’s all over the place with a simple but functional set that has some interesting design elements but the lighting isn’t so good…there are dark spots all over the staging area where you really can’t SEE the actors. I appreciate (and encourage) thoughtful atmospheric lighting but sometime a dimly lit stage is just that…a dimly lit stage that needed more lighting.

This Crime and Punishment has some strong moments and potential but as is, I can only really recommend it to fans of Russian literature and portrayals of gloomy angst on stage.