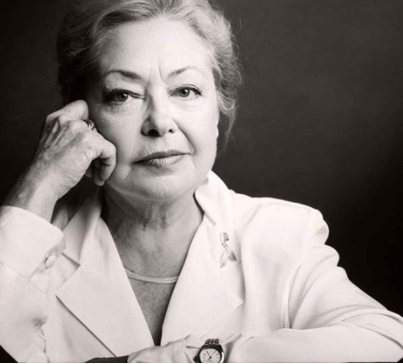 Dr. Mathilde Krim, a pioneer in the fight against HIV/AIDS died Monday aged 91

The founding chair of the American Foundation for AIDS Research (amfAR) and a pioneer in the fight against HIV/AIDS, Dr. Mathilde Krim passed away at her home in King’s Point, New York last night, January 15, 2018 at the age of 91.

Soon after the first cases of AIDS were reported in 1981, Dr. Mathilde Krim recognized that this new disease raised grave scientific and medical questions and that it might have important socio-political consequences. She dedicated herself to increasing the public’s awareness of AIDS and to a better understanding of its cause, its modes of transmission, and its epidemiologic pattern. Dr. Krim also became personally active in AIDS research through her work with interferons—natural substances now used in the treatment of certain viral and neoplastic diseases.

In April 1983, Dr. Krim founded the AIDS Medical Foundation (AMF), the first private organization concerned with fostering and supporting AIDS research. In 1985, AMF merged with a like-minded group based in California to form the American Foundation for AIDS Research (amfAR), which soon became the preeminent national nonprofit organization devoted to mobilizing the public’s generosity in support of trailblazing laboratory and clinical AIDS research, AIDS prevention, and the development of sound, AIDS-related public policies.

In a 2006 tribute, playwright and AIDS activist Larry Kramer wrote, “…one can only be filled with overpowering awe and gratitude that such a person has lived among us.”

Read more on Dr. Krim here at this long and fascinating article on her life at Medium.com which begins:

In 1944, near the end of World War II, an eighteen-year-old University of Geneva biology student stormed out of a local cinema, horrified by newsreels that showed Allied troops entering Nazi concentration camps. “I was shocked out of my wits,” she later said. “I cried for a week.”

The Holocaust footage and the complacency of her parents — who, like many in Europe, dismissed the horrific scenes as propaganda — made a lasting impression. Mathilde Galland resolved “never to tolerate injustice and to speak up whenever I saw it.”

The biology student went on to become an immunologist. In the early 1980s, she was conducting research on interferon at Memorial Sloan-Kettering Cancer Center in New York City when she became aware of what she considered another intolerable injustice.

Homosexual men in the city were dying at an alarming rate from a mysterious illness that destroyed their immune systems. The cause was unknown but presumed to be a virus. Krim learned that funding for research on the disease was severely lacking. She also perceived callousness on the part of government agencies, health care providers, and the general public toward patients suffering from it.

Tributes to Dr. Krim can be found at Towelroad.

A toast to the life and work of Dr. Mathilde Krim. 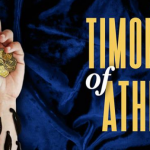 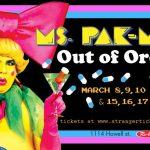