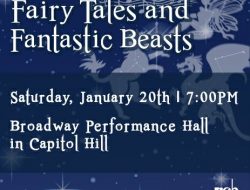 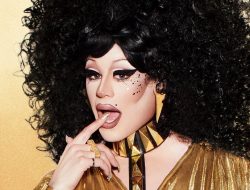 We’ve never heard of queer alt-cabaret performer LYKKEN but he looks and sounds fabulous and he’s coming home apparently for a gig at Seattle’s Columbia City Theatre, 4916 Rainier Ave S, on Friday, January 26th. The NYC based chanteuse is apparently originally from Seattle though we’re guessing he might not have graduated high school under that name….

Here’s more info on the gender/genre bending performer and his show, SACRED MONSTER, a name we thoroughly approve of:

From New York City’s alt-cabaret scene, Lykken brings his queer brand of comedy and outrageous parody, as well as his interpretations of songs ranging from Broadway, R&B, Jazz, and Tin Pan Alley to Seattle in “Sacred Monster!”. A Seattle native, Lykken takes his audiences on a hyper-emotional journey of song, eyelash, and pizzazz filtered through the soul of an often heartbroken, but never bitter, sequined songstress whose eccentricities and self-destructive behavior are overshadowed by an all-consuming need to please the faithful masses.

“Lykken offers up an intense, eclectic show, a big elastic voice that borrows on the sounds and styling of great divas but remains his own.” Liz Smith and Denis Ferrara- New York Social Diary

“This is not drag, nor is it cabaret style; it is something else all together. Lykken is simply himself – or at least, who he presents himself to be on stage. His singing voice often operates in that gender-neutral range, evoking memories of Tallulah Bankhead and Eartha Kitt, but he’s able to adjust the vocal style from Broadway belt to rock and roll growl. He can even croon a standard with intense feeling.” -Bart Greenberg- Nitelife Exchange