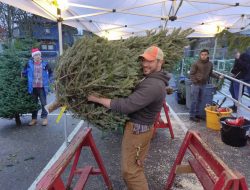 The Sads: It’s the End of SASG’s Annual Xmas... 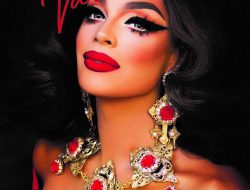 Yes, I know this is the 1 ZILLIONTH post about gay Xmas/Winter Holiday shows for the Greater Seattle Metro Area but, dammit…it’s IMPORTANT to know these things!

EVERY SINGLE ONE OF THEM HAS CHANGED FOR 2018!

Yesterday’s big announcement was about the long speculated about teaming of BenDeLaCreme and Jinkx Monsoon to produce their OWN holiday show…it’s not going to be a long running sit down event but a month long national tour with the two beloved RuPaul’s Drag Race stars taking to the road to entertain their thousands of fans in a show lovingly (and long windedly) titled “TO JESUS, THANKS FOR EVERYTHING! JINKX & DELA”

The tour starts December 9th in Washington D.C. and snakes its way around the country before winding up in Seattle on December 21 for the longest stand of the tour….the pair will be delighting us from the 21st through December 24th at The Neptune in the University District. (They’ll bop down to Portland, Oregon on the 27th, then wrap it up in San Francisco on December 28th!)

Go to their brand spankin’ new website to snatch tickets…they’re only do FOUR shows in Seattle!

DeLa is all sugar and Jinkx is all spice – but how do these two very different gals deal with the stress of the holidays? A little song, a lot of eggnog, and theaters full of people looking at them!

Yup – all they want for Christmas is attention! And let’s face it: Jesus done already done had his. So thanks for handing every drag queen a sure-fire December gig, Jesus, but Jinkx and DeLa will take it from here!