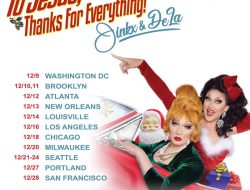 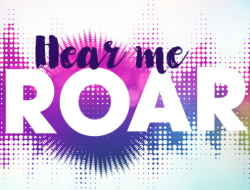 Seattle Women’s Chorus Is Ready To Roar Starting This... After a roller coaster year, Queer/Bar is celebrating its 1st anniversary with a huge weekend of starry events including a very special appearance by RPDR Season 9 star VALENTINA who bops in to join the bar’s regular MX. cast TONIGHT (Friday, October 5th) for a huge show.

A few tickets still remain for the show (HERE) and here’s the rundown:

Friday 10/5 we are throwing the ultimate anniversary party and you’re invited!

Mx. Show is celebrating its one-year mark to kick off the “Year/One” Queer/Bar anniversary weekend! Fulfill your fantasies on Friday October 5th with the one and only Valentina from Ru Paul’s Drag Race S9! Valentina will be starring in our Mx. Show along with your resident cast La Saveona Hunt, Visage LaRue, and Stacey Starstruck! Then, on Saturday, there’s an even BIGGER party on Saturday, October 6th with special guests AMANDA LEPORE, CAZWELL, RHEA LITRE and MATTHEW CAMP. Tickets HERE for that party, and more info below:

Pop the champagne and raise a glass! Put on your stilettos and shake yo’ ass to celebrate ourYear/One Anniversary Party! Get ready for the song stylings of drag super star & singer/songwriter Rhea Litre! Things will be heating up on the dance floor with Matthew Camp & you’ll go gaga for gogo dancer Jojo Guadango!

AND DRUMROLL PLEASE!!!! We have the world’s, “most expensive body on earth,” NYC scene staple, Amanda Lepore in the house with DJ Cazwell spinning the tracks!