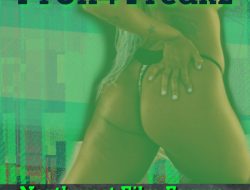 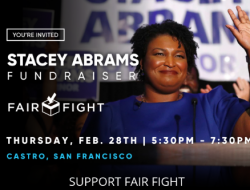 We’re always thrilled to promote a new event for women.

Lez be honest…there’s 22,874 male-centric events for every ONE female-centric one….and, that’s not right.

So, we’re happy to pass the word about MAMA’S THIRSTY, a new produced event for women and femme/queer identified folk (meaning dudes…no.  Because, really…you have 22,874 events you can go to…)

Mama’s Thirsty is returning to Lo-Fi Performance Gallery this coming Sunday, the 24th…if you’ve never been to Lo-Fi, it’s a terrific space on Eastlake in the shadow of I-5, a few blocks north of REI. It’s a space that hosts all kinds of events, gay and straight…in fact, it’s where the second Miss Bacon Strip Pageant happened in the summer of 2012 and the VERY first place a certain Ms Jinkx Monsoon popped into after returning to Seattle from filming her season of RuPaul’s Drag Race but of course she couldn’t SAY anything about it so she just murmured that she had been off in “drag jail” for awhile… Who says you can only celebrate love and touchy-feelies one day a year? After a packed inaugural event, Mama’s Thirsty returns to the Lo-Fi Performance Gallery on Sunday, February 24. Queer women and their allies are welcome to this Valentine’s Day afterparty.

Sassy pop duo Creature Hole will rock the night, while dirty dancing is encouraged throughout with DJ Big Ugly. The evening will also feature dance performances by TAQUEET$ and burlesque by Nox Falls. Attendees can receive lap dances performed by Kiki Robinson and friends, and the ever vivacious Caela Bailey is back as MC.

“After the success of the first Mama’s Thirsty, we’re excited to grow and cultivate this much needed space for Seattle queer women and the rest of the LGBTQ community,” said founder Abigail Fulkerson. “Especially when it means partying with some of the most talented artists in the Seattle area.”

If you identify as she, if you once identified as she or if someone called you ma’am once at the grocery store – come join the party, she said.

Tickets for Mama’s Thirsty are available online now for $10.

Mama’s Thirsty is creating events around the Seattle area with one goal in mind: To provide a space for queer ladies to meet, mingle and hang out. With local female and queer-fronted entertainment and vendors, it’s the sexiest party in town. Come thirsty, leave satiated.