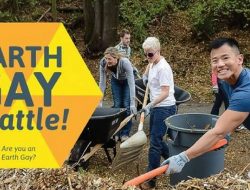 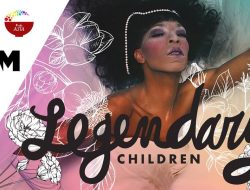 Seattle Pride (the parade producers not the festival producers) are teaming up with Elysian Brewing for a special promotion…they’re going to throw a very special wedding for one local couple. AND, the couple will be married by one of the stars of Netflix’s Queer Eye, JONATHAN VAN NESS (the long haired one).

To enter, post a video on Instagram describing your love story and why you want to win. Obviously you need to include all the promo hashtags (duh…that’s why this is happening! PROMOTION, PEOPLE!!!!)

The contest starts, well, NOW and lasts until midnight on May 10th, 2019. They have a ton of rules you must follow including the fact your entry must be in English which is a bit off putting…really?

And, you have to be 25+ to participate, which I’m assuming means both parties.

I’m GUESSING this is for some variation of an LGBTQ couple since it’s a Pride event….so, please don’t enter if you’re not LGBTQ.

We’re excited to announce that we’ve partnered up with Elysian Brewing to throw an unforgettable wedding for a lucky couple. The best part? Jonathan Van Ness will be officiating! Share your love story with us for a chance to win. We can’t wait to hear your story! Click here to view contest rules.

Entry must be in English and is limited to sixty (60) seconds or less in length. Contest ends 11:59:59pm PDT on May 10, 2019. See Official Rules for details and eligibility requirements.