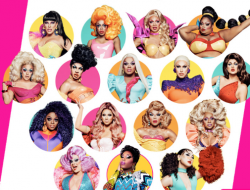 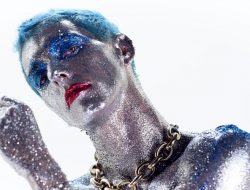 There are all sorts of goodies, LGBTQ and otherwise, in the just released schedule for Seattle Theatre Group’s 2019/2020 Performing Arts Season. STG operates The Paramount, The Moore and The Neptune theaters in Seattle as well as teaming up with other venues to present a wide variety of performing arts throughout the year. And, you should note that this is their Performing Arts season of events that Seattle Theatre Group curates themselves to bring these artists and events to town…doesn’t include the many, many shows that rent the STG theaters for their local performances.

One of the biggest announcements is that STG is teaming up with arts group On the Boards to present shows that are too big for OtB’s Lower Queen Anne theater. All three of the STG/OtB partnerships offer up amazing LGBTQ artists/subjects starting with Bryce Dessner’s Triptych (Eyes of One on Another), happening October 9, 2019 at The Moore, “which highlights the work of photographer Robert Mapplethorpe by blending his controversial images with live music from vocal ensemble Roomful of Teeth and the poetry of Essex Hemphill and Patti Smith”

That’s followed by the return of rising theater superstar TAYLOR MAC who returns to Seattle on Dec 19 and 20, 2019 (at The Moore) with  Holiday Sauce an unconventional holiday themed live music concert starring Mac with an onstage band offering up skewed queer versions of your favorite holiday standards.  Taylor Mac shows are an unique experience (hint: Mac likes to make audiences interact…) so if that ain’t your thing… The third On the Boards collaboration is with another rising star, this one local…it’s choreographer Dani Tirrell’s Black Bois which has been staged at On the Boards to great acclaim but returns to the much larger Moore on February 14, 2020. More on the show: There’s other fascinating productions scheduled as well including  The Sun Still Burns Here–a dance and music collaboration between Seattle-based choreographer Kate Wallich and her company The YC and out musician/composer Mike Hadreas of Perfume Genius happening on October 4 and 5, 2019 at The Moore.

In the world of theatre, Tim Robbins’ company The Actors’ Gang performs The New Colossus, (Feb 20-22, 2020 at The Moore) a play featuring 12 actors telling their ancestors’ stories in 12 different languages and 12 different eras in a single narrative about escaping an oppressive homeland. New Zealand’s Indian Ink Theatre Company brings Mrs. Krishnan’s Party, (Nov 15-24, 2-19 at the Erickson Theatre Off Broadway on Capitol Hill) a play that bridges cultures and expands boundaries by bringing the audience around the dining table and into an Indian-run convenience store to celebrate the Hindu holiday Onam.  Manual  Cinema’s Frankenstein (April 1, 2020 at The Moore) provides an immersive visual spin on the classic tale, combining shadow puppetry, cinematic techniques, music and sound. Manual Cinema presents their version of Frankenstein on April 1, 2020 at The Moore. Photo Credit: Michael-Brosilow

You can only buy tickets to these shows as part of a season package at this point but they have DIFFERENT sized packages, so you don’t have to buy a 20 show pass so you can see the 2 events you HAVE to go see. Go HERE to create your STG Season Pass Package.

If you don’t want to commit to a season pass, then you can sign up on individual event pages to be alerted when single tickets go on sale to the public!

ABOUT SEATTLE THEATRE GROUP (STG)
Seattle Theatre Group (STG) is a 501(c)(3) non-profit arts organization whose mission is to make diverse performing arts and education an integral part of the region’s cultural identity while keeping three historic venues, The Paramount, Moore and Neptune, alive and vibrant. STG presents a range of performances from Broadway, off-Broadway, dance and jazz, to comedy, concerts of all genres, speakers and family shows – at these three iconic theatres in Seattle and venues throughout the Puget Sound region and in Portland, Oregon. For more information visit stgpresents.org.
STG Education and Community Programs extend beyond the Paramount, Moore and Neptune Theatre stages and into the lives of the greater Seattle community. Each season, STG offers over 260 education programs impacting over 55,000 students and community members from diverse ages and backgrounds. These programs deepen significance to performances through opportunities to engage with artists, inspire youth and local artists through training and performance opportunities, and provide exposure to the arts through access initiatives. For more information visit stgpresents.org/education.