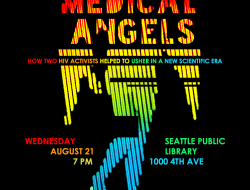 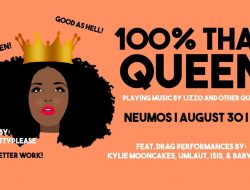 Today, the LGBTQ Victory Fund, the national advocacy group for LGBTQ political candidates announced more endorsements for the 2019 elections and they include a familiar name.

Not surprisingly, Victory Fund endorsed EGAN ORION, the out event producer who will face incumbent Kshama Sawant for the Seattle City Council District 3 seat in the November election. Sawant and Orion were the top two vote getters earlier this month with Sawant receiving the top number of votes followed by Orion.

I am thrilled to announce my recent endorsement by the LGBTQ Victory Fund, an organization that for 28 years, has helped change the face and voice of American politics by supporting LGBTQ elected officials at all levels of government.

“LGBTQ Victory Fund is pleased to endorse Egan Orion for Seattle City Council District 3,” said Mayor Annise Parker, President & CEO of LGBTQ Victory Fund. “Egan’s commitment to smart public policy that addresses the real concerns of constituents makes him the best candidate for this district. Winning in November will bring a vital LGBTQ voice back to the city council.”

I am grateful for this endorsement from an organization with over two decades worth of experience helping LGBTQ candidates gain visibility. It serves as a strong vote of confidence in my campaign’s support of the vibrant LGBTQ community of District 3. I look forward to working with the LGBTQ Victory Fund to help bring a fresh voice for equality to the city council.

Orion will be a part of tonight’s sold out Candidate Survivor event at Neumos and hosted by the Stranger and The Washington Bus.

AND, more info on the LGBTQ Victory Fund endorsements for today.

Washington, DC – Today LGBTQ Victory Fund, the only national organization dedicated to electing LGBTQ leaders to public office, endorsed 12 new openly LGBTQ candidates for the 2019 and 2020 election cycles. Montana state Senator Bryce Bennett, who is running for secretary of state, received a Game Changer endorsement. Sen. Bennett was the first openly gay man to serve in the state legislature, and if he wins in 2020, would become the first openly LGBTQ person elected statewide in Montana. He will likely face a virulently anti-LGBTQ general election opponent if he wins the primary.

“There are only five states in the entire nation that have never elected an openly LGBTQ state legislator – and Evan is determined to remove Louisiana from that list. Louisiana’s poor record on equality is symptomatic of an absence of LGBTQ representation in any elected office in the state. With Evan in Baton Rouge, he can assess and push forward legislation through an LGBTQ lens, ensuring our community and all communities are considered when important decisions are made.”

Currently, Alaska, Delaware, Louisiana, Mississippi and Tennessee are the only states to have never elected an openly LGBTQ state legislator. Just four states – Hawaii, Mississippi, Louisiana and South Dakota – have no out LGBTQ elected officials currently serving at any level of government. Louisiana is designated a “low-equality” state for LGBTQ people by the Movement Advancement Project.

“A win for Bryce would make him one of the few openly LGBTQ statewide elected officials in the entire nation – again redefining what is possible for an LGBTQ person in his state. Voters will likely choose between Bryce and anti-LGBTQ extremist Scott Sales, giving added weight to the outcome of this race and testing Montanans’ tolerance for hateful politicians. The secretary of state position has enormous influence over how Montanans access the ballot box, so it is critical voters elect an inclusive leader like Bryce in 2020.”

A complete list of candidate endorsements announced today is below:

This is Victory Fund’s ninth round of endorsements for the 2019 election cycle. The organization has now endorsed 127 openly LGBTQ candidates across the country.

More information about the candidates is available at victoryfund.org/ourcandidates. Since 1991, Victory Fund has helped thousands of openly LGBTQ candidates win local, state and federal elections.