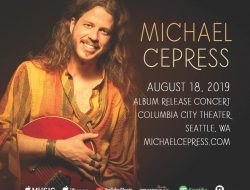 Check Out Michael Cepress and His New Music Album... 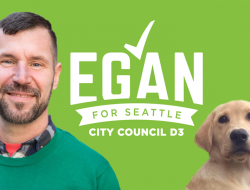 Gene therapy trials are paving the way to cure or control HIV/AIDS and Seattle is at the center of that research.

On Wednesday, August 21st, a community forum called MEDICAL ANGELS will feature activists and scientists working on these and other potential HIV breakthroughs will be held at 7pm at the Central/Main Seattle Public Library in downtown Seattle.

It’s a free event open to the public!

Two HIV activists who took part in early gene therapy trials to cure or control HIV and the scientist who led that research will be talking about their experiences which helped usher in a new scientific era at “Medical Angels”, a free community forum led by people living with HIV on Wednesday, August 21 at 7PM at the Central Branch of the Seattle Public Library (1000 4th Avenue, Seattle).

“If we’re going to cure HIV,” said Matt Chappell, one of the two men in a trial to have his immune cells edited to make them resistant to HIV, “this is how it’s going to happen.”

In 2014, scientists removed some of his blood cells, disabled a gene to help them resist HIV, and returned these “edited” cells to him. While this procedure did not cure Chappell, it did allow his body to suppress the virus without medications.

“I’ve been off medications now for five years,” he said.

Chappell’s case is rare. Most people in these early experiments still needed medicines to keep HIV suppressed. But even some of these people saw dramatic improvements.

Matt Sharp, a veteran of the AIDS Coalition to Unleash Power, (ACT UP) was diagnosed with HIV in 1988. While taking HIV medicines, Sharp never saw his T cell count rise, despite fully suppressing the virus in his blood.

But after a single infusion of his own edited cells during the trial, Sharp saw his count jump to normal, healthy levels. Gene therapy brought long-term improvements to his immune-system health. Sharp thinks participation in the study was worth it, but he still takes daily pills to keep the virus under control.

Appearing with these two activists as the researcher involved with this work towards a gene therapy cure for HIV will be Dr. Carl June.

TIME named this cancer and HIV gene therapy pioneer to the 2018 TIME 100, its annual list of the 100 most influential people in the world. June made the list for his pioneering work in developing CAR T therapy, which became the nation’s first FDA-approved personalized cellular therapy for cancer in August 2017.

You can check out more about Dr. June here: https://bit.ly/2F9tR1q

These two study participants and the researcher who led these gene-editing experiments will answer audience questions about the unique results of this gene therapy intervention to cure HIV during a public forum on August 21 hosted by members of the defeatHIV Community Advisory Board (CAB).

Leading our community discussion into these stories of gene therapy and HIV cure will be two local members of the defeatHIV CAB living with HIV: Tranisha Arzah and Manuel Venegas.

Tranisha currently studies community health and education, with an emphasis on social justice, at Seattle Central College and works as an HIV/STI Tester at Gay City: Seattle’s LGBTQ Center. As someone who has been living with HIV since birth, Tranisha has been propelled to educate and organize spaces in which people can talk about what it means to live with HIV—and how HIV impacts everyone.

As a person who is HIV-positive, Manuel works diligently to advance the conversation about HIV/AIDS research, as well as to encourage both minority and youth engagement. He has served on Seattle’s LGBT Commission and recently was selected to be the Youth Representative for the AIDS 2020 Conference Coordinating Committee.

The defeatHIV CAB recently collaborated with social scientists to conduct focus groups among HIV-positive African Americans in the Pacific Northwest on the acceptability of cell and gene therapies for curing HIVhttps://bit.ly/2JLp3pY.

From these investigations with local people living with HIV, we learned that a majority of people expressed reluctance to take part in this type of research, yet wanted to talk to individuals who had undergone cell & gene therapy to hear about their experiences directly.

This community forum at the Seattle Public Library on August 21 is our attempt to use the findings of our research to build on the work thus far to educate people about cell and gene therapy approaches to cure HIV.

We will livestream the event on Medical Angels Facebook event page https://bit.ly/2KybECa to promote this event to others unable to attend physically on Aug 21, as well as to make it an accessible document after the fact.

The defeatHIV Community Advisory Board’s mission is to serve as a communication link and mobilize HIV cure researchers, their institutions and our communities to work together to cure HIV, ensuring that input from people living with HIV is accounted for in cure-related research of defeatHIV.

As a part of Fred Hutch, defeatHIV is an NIH-funded Martin Delaney Collaboratory working at the forefront of cell and gene therapy research to develop curative therapies for HIV. For more information, visit www.defeatHIV.org or follow @defeatHIV on Twitter.