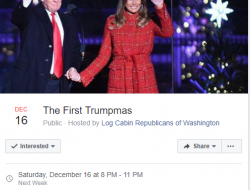 FYI: Madison Pub Is NOT Hosting A Gay Republicans/Pro... 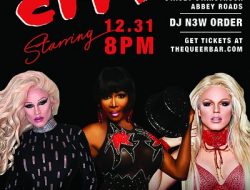 Michael Louella, Outreach Coordinator for the University of Washington’s ACTU

Positively Aware (the HIV Treatment Journal) covers all things related to the treatment and science of HIV/AIDS and since Seattle is one of the world’s great centers for HIV/AIDS research it’s not surprising the site sought out local HIV/AIDS advocate/educator/coordinator and communicator MICHAEL LOUELLA for an insightful interview about the difficulties of managing communication between two very different communities.

The worlds of medical science and the worlds of people who deal with the reality of living with HIV/AIDS don’t always intersect or lead to smooth communication…they speak two different languages and while scientists might say one thing, the community might interpret that in an entirely different manner.

Louella wears many hats in the world of HIV/AIDS advocacy. He’s the Outreach Coordinator for the University of Washington Seattle AIDS Clinical Trials Unit and a community liaison for UW/Fred Hutch Center for AIDS Research – CFAR as well as working for the “defeatHIV” campaign.

Here’s an excerpt from the interview where the interviewer, Josh Tager asks Michael about the difficulties in HIV/AIDS communication.

Josh Tager: Do you think when medical scientists talk about cure they mean the same thing as people living with HIV or affected communities?

Michael Louella: No. I think when scientists talk, they implicitly understand that there are fifty shades of cure. Because they talk science and think science all the time, they better understand how both clinical research and the human body work, and better appreciate the limits to each. They know science is baby steps, and that progress toward a cure will be lots and lots of baby steps. They know this and accept this.

Non-scientists don’t know this. Not understanding the processes and methods of a scientist allows them to think of science as more akin to magic.

JT: What are the consequences of this?

ML: The real disconnect comes from serostatus and the stigma, rejection, and discrimination people confront in varying degrees every day and, many assume, for the rest of their lives. To live with HIV is far different than to work in HIV. Scientists may feel empathy, but I bet if they lived with HIV in their bodies, they might talk about and use the c-word differently.

When people with HIV hear “functional cure” or “remission,” I can sometimes sense an immediate distrust rising, a silent accusation in the way they start to look at me that says, “Wait a sec, your eyes done slipped from the prize.” They don’t want us to rest at remission or functional cure. When we talk about remissions, they think we’ve given up on cure. And that’s unacceptable to them. To them, functional cure is like sitting with a time bomb that could go off at any moment, hurting themselves of course, but what’s most dreaded is the idea of transmitting the virus and hurting someone they love.

Read the rest of this fascinating interview over at positivelyaware.com !