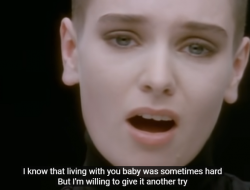 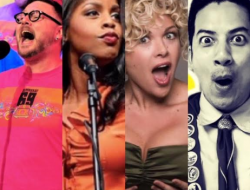 My Name Is Michael Holbrook, the fifth studio  album from global pop superstar MIKA, is out now via Republic Records. Listen HERE.

MIKA also premieres new video, “Sanremo,” . Watch HERE. Set in the 1950’s, the video represents “an era when homosexuality if not illegal was socially unacceptable, a time of discrimination and persecution. “San Remo” represents his utopian dream, a fictional place of liberation and transcendence,” says director, WIZ.

“This album has been a rich and intense journey. Inspired by life in all its glory and all its dark challenges. It’s also inspired by love. Starting with an idea that was born in a cemetery in Savannah Georgia and ending the writing in a 650 yr old farm house in Italy. My intention was to write about life as it happened. A sort of album made in ‘real time,’” MIKA says. “It’s an explosion of joy, colour and emotion even though it was born in one of the most challenging periods for my family and I. Writing and recording this album was a form of medicine for me and my family. It is so deeply personal but also universal. I have come to realize that the only thing that matters in life are the people we love and the stories we tell. This album is dedicated to those people I love and to the notion that although we all hopefully grow with age, we should do so without losing our colors, our warmth or whimsy. I hope my “Tiny Love” stories somehow touch you or transport you, even just for an instant.”

MIKA is fresh off the heels of a sold-out tour across North America, including stops at Brooklyn Steel in New York City and The Theatre at Ace Hotel in Los Angeles. A European run of arenas and stadiums kicks off next month, with more North American dates to be announced.

For his first full length in five years, MIKA explores his American heritage. While his tumultuous childhood began in Lebanon before fleeing to Paris and then London, he focuses the album on the roots he traces back to his father’s Savannah, Georgia upbringing. The work also paints a loving picture of his relationship with his mother, the woman who trained him, made his wardrobe for years on the road and most importantly taught him never to follow and always to express himself fearlessly. After writing in home studios in Miami and Tuscany over the course of two years, MIKA went to Brussels to record with producers Marc Crew and Dan Priddy.