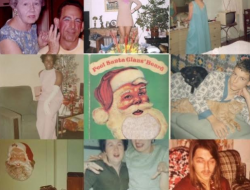 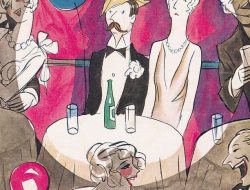 It’s The Last Friday of the Decade!

Today, Friday the 27th of December, 2019 is the last Friday of this decade (unless you’re one of those weirdos who think 2020 will be the last year of the decade…it’s not.)

For being the weird week in between Xmas and New Year’s Eve/Day, there are actually quite a few things to do tonight including performances of a couple of the big holiday shows. But, the biggest thing is the huge 2 day 35th anniversary party happening at The Wildrose tonight and Saturday…if you’re a fan/friend/ally of the long time bar for women and allies, you should bop on in.

The Wildrose is celebrating 35 Years in business December 27th and 28th and we are throwing a PARTY!!! Each night we have Drag, Burlesque, Live performances, and DJ’s! We are fencing off the sidewalk in front, putting up a few tents and will have an outside Bar along with the inside!! Occupancy is limited so […]Find out more »

W Music Presents: LIVING ROOM LIVE Featuring WHITNEY MONGÉ Alternative soul artist, Whitney Mongé, was once known for being the “Best Busker in Seattle”. Her music has since transcended to a national level supporting acts, Ziggy Marley, Allen Stone, KT Tunstall, Patrick Sweany and Mayer Hawthorne. Catching the attention of the masses with her dynamic […]Find out more »

Jingle All the GAY! The next chapter of Homo For The Holidays!

Nordo presents an all-new bawdy and blue holiday romp “The Christmas Killings at Corgi Cliffs” written by Scot Rigsby Augustson. Holiday feasting and merriment ensures December 6 – 29 at The Culinarium at Nordo. Recommended for adults 18+ Including a four course holiday feast in the ticket price, “The Christmas Killings at Corgi Cliffs” promises […]Find out more »

Le Faux at Julia’s on Broadway A celebrity impersonation show featuring a full cast of professional impersonators, choreographed dancers and completely outrageous acts. You and your friends will have the time of your lives seeing our Las Vegas style productions of Britney, Cher, Pink, Taylor Swift, Adele, Nikki Minaj and many more concert-like performances that […]Find out more »

Weekly dance party at Seattle’s oldest LGBTQ nightclub Entry is in alley. 21+ until 2am 18+ 2am to 4am DJs Billy the Kid Cover: usually $10Find out more »

MX. is the hottest weekly drag show in the northwest! Showcasing the most exciting drag-talent in Seattle, MX takes place every Friday at 9pm, on the stage inside queer/bar! Hosted by legendary Seattle queen, La Saveona Hunt, MX stars: Betty Wetter, Kung Pow Meow, Bosco, and Karmen Korbel! Catch these queens slaying the stage together, […]Find out more »

WESLAY.NET PRESENTS: SLAY Slay is first and foremost a safe space. SLAY is a Hip Hop dance party for LGBTQ+, P.O.C. (People of Color) and the open-minded people that support them. Slay is more than just a party, it’s a movement. We at Slay encourage the different minority communities, whether LGBTQ+ or P.O.C. to come […]Find out more »

Seattle’s looooooooong running weekly drag show every Saturday night at RPlace, with hosts Amora DiorBlack & Ladie Chablis & Mila Skyy plus a slew of special guests. 9:30pm to 2am 21+ w/ID Cover is usually $10/May be higher for nights with out of town guests/special events Followed by Transcendance with DJ E and Go Gos. […]Find out more »

Cuff Complex opens the Dance Floor every Friday night. Country Dancing from 7pm to 10pm Resident DJ spins dance hits/EDM from 10pm to 3am Resident DJs include Dana Dub, Stacey Cooks, Bret Law, and others. Go Gos! 21+ w/ID No cover most nights! (Note: some special events might require a cover)Find out more »

Shook at Kremwerk invites you to a night with… Youngsta www.facebook.com/youngstatempa www.soundcloud.com/youngstauk As one of the pivotal figureheads in dubstep since its inception, Youngsta has spent the better part of his life dedicated to the genre; from picking up DJing at the age of 12 and working at the influential Black Market Records to putting […]Find out more »