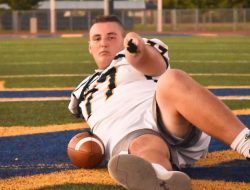 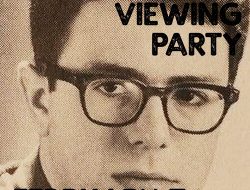 No, we haven’t actually SEEN it but just reading the synopsis about LAZY SUSAN, a soon to be released film starring popular out actor Sean Hayes (and co-written by him) is enough to make your inner head explode. It might be the biggest “WTF?” moment of 2020.

In Lazy Susan, Susan has always been the self-centered oddball in her family, who lazily skated through life with their grudging support until one day she wakes up to realize she’s middle-aged with no job, no relationship, and an increasingly estranged family. She finally decides to take charge and turn things around, but never having done anything herself before, the struggle is real (and hilarious) as Susan becomes the woman she always wanted to be, all on her own.

So, the joke is, Sean Hayes is playing “Lazy Susan”. Not as man pretending to be a woman for some crazy scheme (ala “Tootsie” or “Mrs. Doubtfire”); it’s just cisgender Sean Hayes playing cisgender “Susan” because….? “Madea” has made shit tons of money for Tyler Perry? It doesn’t really make much sense in 2020 for an out gay man to make this movie. I mean, it might make sense if Sean Hayes was a drag performer and “Lazy Susan” was a drag creation but even then….

Even if you’re not fond of over the top political correctness, you should be appalled by a film that centers on a dude playing a frumpy, unattractive loser of a woman in order to make bad jokes that aren’t the slightest bit funny…you know, like Sean Hayes searching in his purse for 30 seconds to hand a 6 year old actress a tube of Crazy Glue with the hilarious scene capper: “Yeah…Go Crazy.”