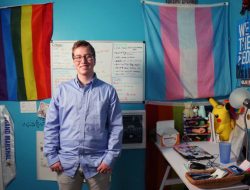 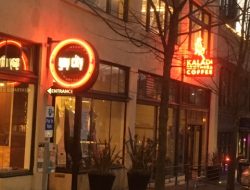 San Diego is the only U.S. city still in the running to host the 2026 Gay Games which are really the “Gay Olympics” but the official Olympics people are homophobic jerks and won’t let them use “Olympics” in their name…but I digress.

Also in the running: Auckland, NZ; Brisbane, AU; Guadalajara, MX; Munich, DE; Taipei, TW; Toronto, CA and Valencia, ES. The last time the event was in the United States was in 2014 in Cleveland and the next scheduled Games will be in Hong Kong in 2022.

The folkx in San Diego who are vying for this event have already raised the $7500 by November 1st to continue in their quest for the Gay Olympics, er, GAMES.

We think it would be great to have the Gay Games so close by…any old excuse to bop down to San Diego is a-ok in our book! San Diego is hella fun and a terrific LGBTQ friendly city with lots of cute eye candy on hand.

We are thrilled that San Diego has been selected by the Federation of Gay Games as one of the 8 cities around the world to move forward in the bidding process to host GAY GAMES 2026.  And we’re the only US city that remains in the running.

The bidding process now focuses on detailing how San Diego is a perfect choice to host the games and welcome 13,000+ participants in more than 35 activities.  With great LGBT+ teams, awesome natural resources like world famous beaches, exceptional sports facilities, great cultural and arts venues, a favorite city for US and international visitors and much more!  San Diego has a great deal to offer that sets us apart from all the other cities.