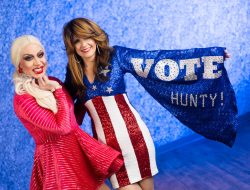 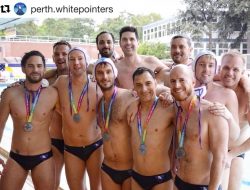 U.S. Court of Appeals Rules In Favor of Transgender Rights

Drew Adams, now a student at the University of Central Florida, was an honor student in the St. Johns County School District when he was denied equal access to bathroom facilities. A lawsuit was filed in 2017 via Lambda Legal who announced Friday’s court victory:

On Friday, the U.S. Court of Appeals for the Eleventh Circuit affirmed a lower court ruling that required a suburban Jacksonville, Florida, school district to treat transgender student Drew Adams equally by allowing equal access to the restroom that matches his gender. Drew Adams’ case was the country’s first trial involving a transgender student’s equal access to restrooms.

“Today, the court sent a clear message that schools must treat transgender students with the same dignity and respect as any other student,” said Tara Borelli, Counsel at Lambda Legal. “The trial court was correct when it ruled that the law requires that Drew Adams be treated like every other boy and be allowed to use the boys’ restroom. We are glad the court saw the school board’s policy as unjust and discriminatory, and affirmed the inherent dignity of transgender students.”

“I am very happy to see justice prevail, after spending almost my entire high school career fighting for equal treatment,” said Drew Adams, 19, a former student at Allen D. Nease High School in Ponte Vedra, Florida. “High school is hard enough without having your school separate you from your peers and mark you as inferior. I hope this decision helps save other transgender students from having to go through that painful and humiliating experience.”

Today, the 11th Circuit upheld the July, 2018, ruling by the U.S. District Court for the Middle District of Florida that deemed the school policy as discriminatory and ordered the St. John’s County School Board to allow Adams to use the boys’ restrooms at Nease High School, like all other boys. The 11th Circuit agreed that excluding transgender students from the restrooms that match their gender is unconstitutional because it discriminates based on sex in violation of the Equal Protection clause of the Fourteenth Amendment, and violates Title IX of the Education Amendments of 1972.

As the judges wrote:

“Bostock confirmed that workplace discrimination against transgender people is contrary to law. Neither should this discrimination be tolerated in schools. The School Board’s bathroom policy, as applied to Mr. Adams, singled him out for different treatment because of his transgender status…

A public school may not punish its students for gender nonconformity. Neither may a public school harm transgender students by establishing arbitrary, separate rules for their restroom use. The evidence at trial confirms that Mr. Adams suffered both these indignities. The record developed in the District Court shows that the School Board failed to honor Mr. Adams’s rights under the Fourteenth Amendment and Title IX.”

“Our family is extremely relieved that the court sided with our son, and affirmed it was discriminatory to deny him equal access to the restroom. It was so painful to watch our son suffer discrimination at the hands of his school, when the only thing he should have to worry about is getting a good education.” said Erica Kasper, Drew’s mother. “I hope all schools across the country are paying attention to what we went through and to this decision.”

Drew Adams was an honor student at Nease High School. Currently, Drew attends the University of Central Florida, where he’s studying psychology and political science with the goal of helping other LGBTQ youth. Drew has been an active member of his local community as a volunteer at local hospitals, and with organizations that support LGBTQ youth.

Drew began living as the boy he is in 2015. He used the boys’ restroom when he started his freshman year at Nease High School without any incident. But, after an anonymous report was made, he was told he could only use gender-neutral restrooms, which separated him from his peers and treated him as unfit to share communal facilities with others.

The case, Adams v. The School Board of St. Johns County, Florida, began in June 2017, when Lambda Legal filed a lawsuit on behalf Drew Adams arguing that St. Johns County School Board’s discriminatory restroom policy sent a purposeful message that transgender students in the school district are undeserving of the same privacy, respect, and protections afforded to other students.

Know Your Rights about Bathrooms and Locker Rooms: https://www.lambdalegal.org/know-your-rights/article/youth-bathrooms-and…