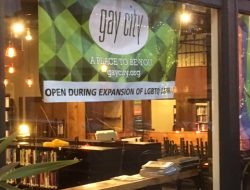 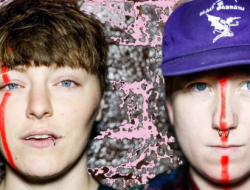 “It’s disgusting that the Trump Administration is sending some men and women in uniform home for the holidays without jobs simply because of their HIV status.”

(WASHINGTON, DC, December 19, 2018) – Today, OutServe-SLDN AND Lambda Legal, with partner law firm Winston & Strawn, filed a lawsuit on behalf of two HIV-positive members of the United States Air Force who were given discharge orders just days before the holiday season. Lambda Legal and OutServe-SLDN filed the lawsuit, Roe and Voe v. Mattis, in the U.S. District Court for the Eastern District of Virginia. The case was filed anonymously to protect the plaintiffs’ medical privacy. As detailed in a Washington Post exclusive, the plaintiffs received notification just days before Thanksgiving, denying their discharge appeals despite compliance with fitness assessments and medical treatment, as well as strong support from commanding officers. Nevertheless, the plaintiffs were found “unfit for continued military service.”

“Anyone willing to put their life on the line to defend our country deserves respect, not discrimination,” said Peter Perkowski, Legal & Policy Director of OutServe-SLDN. “These Airmen are acknowledged leaders and good at their jobs. They have served honorably for many years. They have the support of their commanders and medical personnel, who state that having HIV will not affect their ability to do their jobs. There is simply no justification for this decision.”

The lawsuit challenges the Pentagon’s discriminatory deployment policies, which prevent Service members living with HIV from deploying outside the United States without a waiver. For years, these policies have restricted the opportunities of Service members with HIV. Now these same deployment restrictions are being used to justify separating Service members solely based on HIV status.   The “Deploy or Get Out” policy, unveiled by the Trump administration in February 2018, directs the Pentagon to identify service members who cannot be deployed to military posts outside of the United States for more than 12 consecutive months and to separate them from military service. Since current U.S. military policy identifies service members living with HIV as non-deployable, they face immediate discharge under this Trump policy.

OutServe-SLDN is also an organizational plaintiff in this case to advance the interests of its members who are living with HIV and serving in the military.  Along with Harrison v. Mattis and Deese and Doe v. Mattis, this is the third lawsuit that OutServe-SLDN and Lambda Legal have brought to challenge military policies that discriminate against people living with HIV.

“It’s disgusting that the Trump Administration is sending some men and women in uniform home for the holidays without jobs simply because of their HIV status,”said Scott Schoettes, Counsel and HIV Project Director at Lambda Legal. “These decisions should be based on science, not stigma. Lambda Legal is suing to stop these separations and will keep fighting until President Trump understands that there’s not a job in the world a person living with HIV cannot safely perform, including the job of soldier.”

OutServe-SLDN is a nationwide, non-partisan, non-profit, legal services, watchdog, and policy organization that represents the LGBTQ+ military community—Service members, veterans, civilian DoD, and their spouses and families—worldwide. Its mission is to address and end—through litigation, policy advocacy, and education—all forms of unequal or unfair treatment against members of its community on the basis of sexual orientation, gender identity, or HIV status.

Lambda Legal is a national organization committed to achieving full recognition of the civil rights of lesbians, gay men, bisexuals, transgender people and everyone living with HIV through impact litigation, education and public policy work.