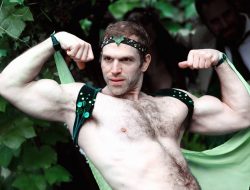 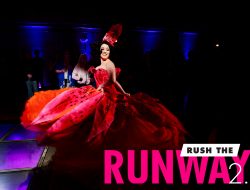 Start Getting Those Looks Put Together for “Rush The... In a setback for transgender equality, the U.S. Supreme Court declined to take on cases relating to lawsuits against the Trump Administration for banning transgender troops in the military.

The U.S. Supreme Court today denied petitions from the U.S. Department of Justice (DOJ) asking that the Court review preliminary federal district court rulings that have kept the Trump-Pence administration from implementing its discriminatory plan to prevent transgender people from serving openly in the U.S. Armed Services.

However, the Supreme Court granted the DOJ’s request for a stay on the preliminary rulings, allowing the administration to begin kicking openly transgender troops out of the armed services and to deny transgender people the opportunity to enlist. The preliminary rulings include one out of the U.S. District Court for the Western District of Washington in the lawsuit brought by OutServe-SLDN and Lambda Legal and joined by the State of Washington challenging the constitutionality of the proposed ban.

“For the past two-and-a-half years, thousands of qualified, transgender individuals have made our nation’s armed forces better, in every measurable quality, with their authentic service,” OutServe-SLDN Executive Director Andy Blevins said. “The Court’s decision to allow the Trump-Pence Administration to institute their wanting and discriminatory practices while the litigation proceeds is disappointing — our siblings-in-arms deserve better. We look forward to continuing our representation of these proud and selfless patriots, and reminding this Administration that military policy cannot be defined by baseless and discriminatory rationalizations.”

OutServe-SLDN and Lambda Legal filed the lawsuit, Karnoski v. Trump, in August 2017, on behalf of nine individual plaintiffs and three organizational plaintiffs – the Human Rights Campaign (HRC), Seattle-based Gender Justice League, and the American Military Partner Association (AMPA). The State of Washington later joined the lawsuit. The district court in, December 2017, granted the plaintiffs’ motion for a preliminary injunction preventing implementation of the ban, which DOJ chose not to challenge on appeal, and the court reaffirmed that preliminary ruling in April 2018 after the Trump administration released an implementation plan. The administration appealed that latter ruling to the Ninth Circuit Court of Appeals, which heard oral argument on October 10, 2018.

“The Supreme Court’s decisions today are perplexing to say the least: on the one hand denying the Trump administration’s premature request for review of lower court rulings before appellate courts have ruled and rebuffing the administration’s attempt to skirt established rules; and yet on the other allowing the administration to begin to discriminate, at least for now, as the litigation plays out,”Lambda Legal Counsel Peter Renn said. “For more than 30 months, transgender troops have been serving our country openly with valor and distinction, but now the rug has been ripped out from under them, once again. We will redouble our efforts to send this discriminatory ban to the trash heap where it belongs.”

Statements of Organizational Plaintiffs:
“Allowing Donald Trump and Mike Pence’s transgender troop ban to go into effect harms both transgender service members and our national security,” said HRC National Press Secretary Sarah McBride. “As this critical matter makes its way through the courts, brave transgender patriots deserve to have their constitutional rights protected. Today’s decision thrusts this administration’s discriminatory agenda onto a military that clearly doesn’t want it, and does so at the expense of transgender people’s careers and service – and we remain committed to fighting for all transgender troops and thank Lambda Legal and OutServe-SLDN for their tireless work representing us in this case.”

“Our military families are incredibly alarmed right now by the court’s decision to lift the injunctions that were blocking implementation of the Trump-Pence administration’s unconscionable transgender military ban,” said American Military Partner Association (AMPA) President Ashley Broadway-Mack, spouse of an active duty U.S. Army officer. “The thousands of transgender military members and their families serving our nation right now deserve better than this decision, which has compounded the tremendous amount of uncertainty these military families were already facing. Our only hope is that justice will ultimately prevail over blatant bigotry and discrimination when the court hears the full arguments of our case.”