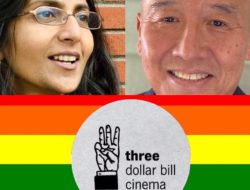 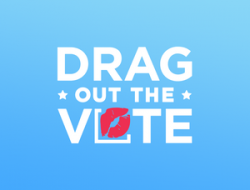 Simone Mize-Gregg is a U.S. citizen since birth, says Court, and orders State Department to Issue her a U.S. Passport

(ATLANTA, GA —  August 27, 2020) — A federal court in Georgia today ordered the Trump Administration to recognize the U.S. citizenship since birth of Simone Mize-Gregg, the two-year-old daughter of a married same-sex couple, and to issue her a U.S. passport. The U.S. State Department had refused to recognize Simone as a U.S. citizen, even though both of her parents, Derek Mize and Jonathan Gregg, are U.S. citizens and children born abroad to heterosexual married U.S. citizens are automatically considered U.S. citizens themselves.

The lawsuit, filed in 2019 by Lambda Legal and Immigration Equality, sought to challenge the U.S. State Department’s policy that treats the children of same-sex married couples born abroad as “born out of wedlock,” denying that they are citizens since birth in clear violation of the federal Immigration and Nationality Act.

“We are so relieved that the court has recognized our daughter, Simone, as the U.S. citizen she has been since the day she was born.  When we brought Simone into this world, as married, same-sex parents, we never anticipated our own government would disrespect our family and refuse to recognize our daughter as a U.S. citizen,” said Derek Mize, who with his husband, Jonathan Gregg, are the parents of two-year-old Simone Mize-Gregg.  “As a result of the State Department’s discriminatory actions, we have undertaken a long journey to have our daughter recognized as a U.S. citizen.  But today, that journey is complete, and we are overcome with gratitude, for our lawyers and for the Court, for recognizing us as a family that is simply trying to give our daughter the best possible start, which all children deserve.”

The State Department insisted on treating baby Simone as an immigrant because she was born abroad and is not related biologically to both parents, even though the Immigration and Nationality Act confers citizenship to the children of married U.S. citizen couples automatically.

“Today’s court decision is a resounding victory for LGBTQ families. The court has declared baby Simone, the marital child of Derek and Jonny, to be a U.S. citizen since birth and ordered the State Department to issue her a U.S. passport. We are very pleased the court found that the agency’s policy was irreconcilable with the law and our Constitution’s guarantee to equality because it treated the children of married, same-sex parents differently from the children of other married parents,” said Omar Gonzalez-Pagan, Senior Counsel and Health Care Strategist at Lambda Legal. “This is the second federal court this summer to rule against the State Department’s policy to treat children of married, same-sex parents as children “born out of wedlock” and not entitled to birthright U.S. citizenship. It is time for the federal government to stop defending this unlawful and unconstitutional policy. No family should have to face the fear and uncertainty of having their child’s citizenship status be held in limbo.”

Derek Mize and Jonathan Gregg are a same-sex couple who married in New York in 2015. They had their daughter Simone via surrogacy in England in 2018, and both fathers are listed on her birth certificate. When they applied for recognition of her U.S. citizenship, the U.S. consulate in London rejected their application. Because only one of Simone’s fathers has a biological connection to her, the State Department disregarded Jonathan and Derek’s marriage and treated Simone as though she was born out of wedlock, a classification which requires more stringent requirements for recognition of her citizenship.

“We celebrate the court’s decision, which acknowledges what has been true since the day she was born. Simone Mize-Gregg is a citizen of the United States. Today’s decision in Georgia reaffirms what every other federal court who has heard this issue has held: family means more than biology alone. The State Department should change its discriminatory and unconstitutional policy immediately before it hurts another family.”  Aaron C. Morris, Immigration Equality Executive Director.

On June 17 this year, a Maryland federal judge in a similar case ruled that Kessem Kiviti, daughter of same-sex married couple Roee and Adiel Kiviti, has been a U.S. citizen from birth. Kessem’s fathers are also both U.S. citizens who were told by the State Department that their daughter was not a citizen because she was not biologically related to both of her parents. Immigration Equality, Lambda Legal, and pro bono counsel also represented the Kiviti family in their case against the U.S. State Department, which was filed in September 2019.

The lawsuit Mize-Gregg v. Pompeo was originally filed July 29, 2019 in the U.S. District Court for the Northern District of Georgia.