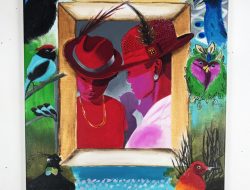 Don’t Miss: “Tail Feather” Flocks into Langston with a... 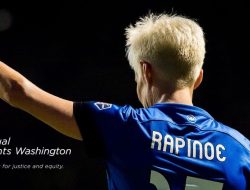 “Yet again, the Trump Administration has tried to implement and expedite discrimination, and yet again, the court has said no.”

(SEATTLE, June 15, 2018) – Today, a federal court in Seattle denied yet another attempt by the Trump Administration to implement its discriminatory plan to ban transgender people from serving openly in the U.S. Armed Services. Today’s ruling in the lawsuit brought by Lambda Legal and OutServe-SLDN and joined by the State of Washington denied the administration’s motion to stay the preliminary injunction the court had granted in December 2017, blocking implementation of the ban and enabling transgender people to enlist in the military for the first time starting January 1, 2018.

“Yet again, the Trump Administration has tried to implement and expedite discrimination, and yet again, the court has said no,” said Lambda Legal Senior Attorney Peter Renn. “You would think the administration would get tired of all the losing, and more importantly, would read the writing on the wall and abandon this discriminatory and harmful scheme to prevent brave and qualified transgender people from serving their country.”

“Tomorrow, I will put on the uniform of U.S. Army and do my duty, as I did today and yesterday, and have done for more than 13 years,” Staff Sergeant Cathrine (Katie) Schmid said. “Being transgender has no impact on my ability to perform my duties. I’m grateful that the court to date has recognized the value in our service, and I look forward to the day when we can put this argument behind us and focus on what’s really important– the accomplishment of our mission, and the welfare of our service members.”

The Trump administration sought a stay ruling from the U.S. District Court for the Western District of Washington to enable the Pentagon to implement the transgender military ban while it appealed the court’s April 13, 2018, ruling affirming the preliminary injunction to the U.S. Court of Appeals for the Ninth Circuit. The administration has requested a similar stay from the Ninth Circuit while that court considers the appeal.

”The District Court’s rulings have been consistent and unequivocal: the ban on transgender military service is discrimination, no matter how it’s phrased and no matter the myriad ways the administration has tried to cloak its intent,” OutServe-SLDN Legal Director Peter Perkowski said. “The administration has failed to come up with any post hoc rationale for the president’s ill-conceived tweets of last July that justifies their blatant discriminatory nature, and we are confident it never will.”

In the lawsuit, Lambda Legal and OutServe-SLDN represent nine individual plaintiffs – six currently serving members of the armed services and three individuals seeking to enlist – and three organizational plaintiffs: the Human Rights Campaign (HRC), Seattle-based Gender Justice League, and the American Military Partner Association (AMPA), who joined the lawsuit on behalf of their transgender members harmed by the ban.

The Lambda Legal attorneys working on the case are: Peter Renn, Camilla B. Taylor, Tara Borelli, Sasha Buchert, Kara Ingelhart, and Carl Charles. They are joined by co-counsel Peter Perkowski of OutServe-SLDN. Also on the legal team are pro-bono co-counsel at Kirkland & Ellis LLP and Newman Du Wors LLP.

“The judge’s decision sends one more powerful signal that the Trump-Pence administration has an uphill battle ahead of them in their shameful attempt to justify a ban on qualified, patriotic transgender Americans,” said HRC National Press Secretary Sarah McBride. “Truly, there is no valid justification for such unpatriotic, unconstitutional discrimination. We are encouraged by this decision and remain hopeful for a victory in this case on behalf of our brave transgender service members and the qualified recruits who simply want to serve their country.”

“This ban is wrong on every level, and again the court has slapped down the Trump administration’s efforts to discriminate against trans people,” said Danni Askini, Executive Director, Gender Justice League. “We know that with each small win we are drawing closer to a victory for all fair minded Americans.”

“This decision has given hope to our transgender service members, their families, and other qualified individuals who simply want to serve our great nation,” said American Military Partner Association President Ashley Broadway-Mack. “There is only one word to describe the turmoil and fear the Trump-Pence administration is inflicting on the lives of these military families with this attempted ban — unconscionable. These are brave American patriots who deserve our nation’s thanks and support, not attempts to single them out for discrimination just because of who they are.”

Lambda Legal is a national organization committed to achieving full recognition of the civil rights of lesbians, gay men, bisexuals, transgender people and everyone living with HIV through impact litigation, education and public policy work.