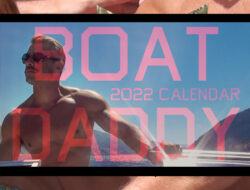 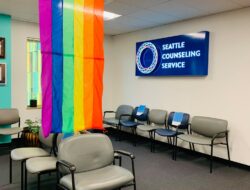 Seattle Counseling Service Drops A Bombshell…They Are Closing Up...

Check out all three films/programs they’ve be showcasing this month ONLY online! It’s Les(Bi)an Queer Story Month at Three Dollar Bill Cinema and only happening from March 10 through the 19th!

LES(BI)AN QUEER STORY MONTH @THREE DOLLAR BILL CINEMA
March 10 – 18!
Celebrate all things sapphic with these films exploring lesbian love, sexuality, and relationships!
These virtual films will stream March 10-18th throughout the U.S. You will have 72 hours to finish a film once you have started it (including if you start on the last day!).
This is a sliding scale event, so you get to choose your price! If you are able to pay a higher amount, this helps cover the cost of offering lower priced tickets.
Additionally, 15% of profits from this program will go to TWOC Solidarity Network.

REBEL DYKES
Harri Shanahan & Siân A. Williams; 2021; UKBefore riot grrls in the USA, there were the rebel dykes in the UK. This documentary follows a group of combat-boot-wearing punk queer women from their initial meeting at Greenham Common Peace Camp and through their friendships in 1980s London, ground zero of punk rock. These working-class women created safe spaces for trans-inclusive, kink-aware, multiracial feminism as they cruised the underground S/M scene by night and took up AIDS activism and the fight against anti-LGBTQ legislation by day.