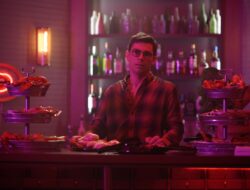 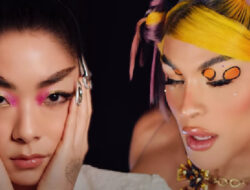 Hot Off Their Coachella Gigs, Pabllo Vittar and Rina...

It’s a smaller festival this year (and honestly, probably the way it will be going forward…no more month long film festivals!!) but the 48th annual Seattle International Film Festival happening April 14th through April 24th still has a buttload of great LGBTQ+ films to check out for #SIFF2022!

And, it’s the first SIFF post-Covid to once again feature live/in-person screenings at area cinemas PLUS the ability to also watch many of the films online from the comfort of your own homes!

Some highlights to look out for:

The locally made I’LL SHOW YOU MINE from director Megan Griffiths:

An author who has made her career by examining her own trauma interviews her nephew about his history of exploitation as a gender-nonconforming model and pansexual poster boy. But to get to the most hidden parts of his story, she must reciprocate by digging into areas she has scrupulously managed to avoid in her own.

When a Spanish fashion designer arrives in Oaxaca to steal clothing traditions for the European market, she quickly falls in with the colorful two-spirited Muxe community, leading to a powerful reckoning in this emotionally rich, visually stunning tapestry.

A group of conservative Christian women across America break away from their evangelical churches and communities to support their LGBTQ+ children in this heartfelt documentary about faith and unconditional love.

An Afrofuturist sci-fi punk musical set in Rwanda from slam poet/actor/composer Saul Williams and co-director Anisia Uzeyman about an intersex runaway hacker and a coltan miner, whose progeny begins a revolution.

A young man from rural China leaves his village (and his closeted married lover) to become a male escort in the city in this stylish drama, a rare and daring depiction of gay life in China.

A fresh and frank look at the romantic and sexual adventures of three young Finnish women—two BFFs who work at a smoothie shop and the driven ice skater one of them falls for.

And, from Australia a sizzling drama, LONESOME:

In this sexually explicit drama, a scandal drives a young gay man from his small Australian town to Sydney, where he seeks affection and fulfillment and meets another scarred, isolated young man similarly exploring his desires.

From Canada, the indigenous coming of age story, WILDHOOD:

A delicate, queer coming-of-age road movie about a Mi’kmaw teenager who flees his abusive father and treks across maritime Canada in search of his birth mother and his own Indigenous heritage.

Check out these and other great films at the website!