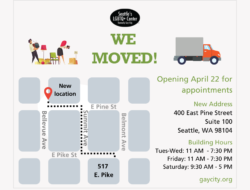 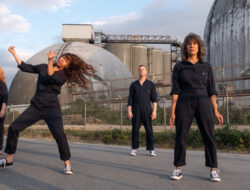 This Week: The Fine Folks From Buttcracker Present “Space...

Wow! That went by REALLY fast! The 48th annual Seattle International Film Festival just returned to a live/in-person festival after Covid-19 shut it down for 2 years (SIFF did program an online festival last year and also featured online screenings this year in addition to the live events). It was a vastly different SIFF experience from years past notably by having a festival in April instead of SIFF’s long time scheduling of the festival from mid-May through early June as well as by its brevity…this was a brisk 11 day festival as opposed to previous festivals which would last for over 3 weeks.

The festival began April 14th and wraps up Sunday night, April 24th after screening 263 films from around the world including: ” 28 world premieres (15 features/13 short films), 24 North American premieres (17 features/seven short films), and nine U.S. premieres (four features/five short films)”. And, 100 of those films and short packages were also available for online viewing on their SIFF Channel.

Among them were several LGBTQ+ films including Finlandia which won a Golden Needle Award for its director, Horacio Gomez Alcalà when the winners were announced for the audience chosen Golden Needles and the juried competition awards at a ceremony held at the Hyatt Regency Hotel today.

More info from the press release about the awards and the winners in all categories.

The festival holds two forms of competitions during its run. Juried competitions evaluate films selected by festival programmers and represent the best in their category from all over the world. Winners are chosen by a carefully selected jury of industry professionals and film lovers. The winner in each feature category is awarded $5,000 in cash, and $2,500 in each short film category.

In addition to juried competitions, SIFF also hosts the Golden Space Needle Awards (GSNA). Films evaluated through the GSNAs are selected by all audience members through post-screening ballots. Categories for the GSNAs are Best Film, Best Documentary, Best Director, Best Performance and Best Short Film. This year, over 20,000 ballots were submitted.