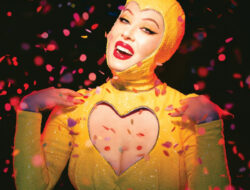 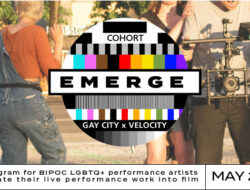 Banksyland Is Coming To Seattle

The enigma that is the artist BANKSY is apparently coming to town.

Well, at least some of their art will be coming to Seattle in June as part of a touring art exhibit called BANKSYLAND. And, since the identity of the mystery graffiti artist is officially not known, might the legendary icon actually show up to check out how Seattle reacts to their art?

Or, maybe even make some art IN Seattle?

Well, it’s called “Unauthorized and Unmasked” so who knows?

For those of you who are clueless, BANKSY is the name of the English based street artist who has been making subversive public art since the 1990s. Over the years, the iconic style of the art and the fact he has never been officially identified have turned the artist into an international phenomenon. Since much of the art is spray painted onto public walls, it’s tough to actually own a real Banksy but property owners have actually removed them physically from buildings in order to sell them for high prices.

Banksy even made a highly regarded film, “Exit Through The Gift Shop” which was nominated for an Oscar in 2011.

There’s considerable evidence that Banksy is probably a British man named Robin Gunningham but it’s also been speculated that Banksy could be Robert Del Naja of the trip hop band Massive Attack.

Regardless of his identity, BANKSYLAND will be heading to Seattle on June 3rd for a two week stay at the AXIS Studio space in Pioneer Square. Tickets are availabe on a limited basis for specific time frames; some have already sold out, so don’t shilly shally to snag one. It’s a rare opportunity to check out actual Banksy art.

BANKSYLAND is an international touring exhibition that immerses audiences in the works of the world’s most infamous and elusive artist: BANKSY. The first ever Seattle exhibit features more than 100 pieces and installations; including original and studio works, salvaged street artworks, and never-before-seen immersive installations at AXIS Pioneer Square in downtown Seattle. Experience the mystique and cultural impact of the most sought after artist of our time, live and in person.

Children 6 & under are free (no ticket required).