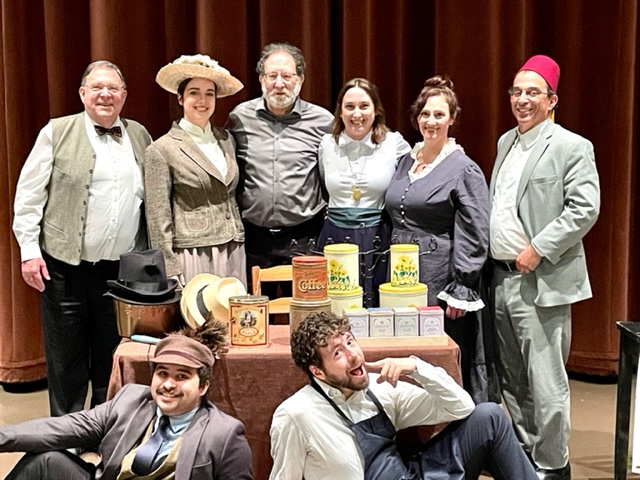 Sephardic Jewish Community in Seattle Gets a Theatrical Treatment With “Arrivals: A Seattle Love Story”

It’s likely that most non-Jews don’t know a thing about the difference between “Ashkenazi” and “Sephardic” or even what they label. But those labels enfold vast differences. The Ashkenazi Jews are what the world mostly knows about Judaism. The majority of those Jews came from countries around Russia and inside the U.S.S.R. and Europe. These are the people who brought Yiddish (a blend of Hebrew and German) and cooking with chicken fat (schmaltz) and the thick, funny, New York-Yiddish accents that people associate with Jews in movies.

The Sepharadim (a plural of Sepharad) came from Spain and Portugal and after the “diaspora” (you know, the Inquisition that no one expected – sorry, Monty Python), Morocco, and Northern Africa, and Mediterranean countries like Turkey, Greece, Egypt, Syria and Iran/Iraq (Persia). They spoke Ladino (a blend of Hebrew and Old Spanish).

The diet differences of the two sets of Jews are also very different. Ashkenazis eat a lot of wheat, for instance, and the holiday of Passover focuses on matzah, an unleavened (wheat) bread. Sepharadim eat a lot of rice dishes and have a very “Mediterranean” diet – lots of olive oil. While the Jewish religion stayed relatively intact in either group, the us/them growth of prejudice between them made “community” non-existent even in the face of the same racism that all Jews faced.

The first wave of Jews to the Seattle area were the Ashkenazim. They were beginning to be fairly well rooted by the time Sepharadim came to the city in the early 1900s. The differences meant that suspicion and judgment kept the two groups almost completely separate. Intermarriage between the groups wouldn’t be acceptable until well into the 20th Century.

Art Feinglass, the founder and artistic director of Seattle Jewish Theater, wanted to do plays that contain all kinds of Jewish lifestyles and went looking for ones he could produce about Sepharadim. What he found was … nothing. And in fact, he was told that if he wanted to produce such a play, he’d have to write one! And… so he did!

What he came up with is ARRIVALS: A Seattle Love Story, written and directed by Feinglass and produced at various theaters in the Puget Sound area in April and May.

Feinglass did several years of research about the Jewish community in Seattle. Howard Droker, co-author with Jacqueline Williams and Molly Cone of the very helpful history, Family of Strangers, Building a Jewish Community in Washington State, took him on personal tours of the historical Jewish areas of Seattle.

Droker drove around Capitol Hill where the wealthier, established Jews had large, impressive, mansions. He explained that these established Jews from the 1850s kept their distance from the Eastern European Jews who arrived later and lived in the Central District. But they felt a responsibility to help their fellow Jews and “Americanize” them. They established a Settlement House on the corner of 12th Street and Washington and offered sewing classes to the new immigrants.  Later the Settlement House moved to  larger quarters where they offered night school English classes. (See more about the Settlement House in Seattle: Seattle’s Neighborhood House (Settlement House) – HistoryLink.org)

Howard showed Feinglass the “ruins” of the old Temple de Hirsch Sinai which are next to the modern building built in 1963. In the Alhadeff Chapel are artifacts form the earlier temple, including the Ner Tamid (the light that never goes out) and the Bima (the prayer platform usually with a podium). The Temple Center around the corner is a big, impressive white columned building.

Howard gave the Jewish area “borders” of Cherry and Jackson. They walked on Fir Street the site of many synagogues at the time.

Feinglass inserted many of the names of places into the play he developed. The synagogue in his play is not named but it might have been Chevra Biker Cholim at 12th Avenue and South Washington Street.

Also key to telling the story of the Sepharadim in Seattle has been Cantor Ike Azose, a great font of wisdom on Sephardic history and culture, who met with Feinglass on numerous occasions. Feinglass inserted songs into his play and Azose came and coached cast members on the Ladino vocabulary and songs in the play.

Playing off the classic forbidden love story, Feinglass crafted a play about introducing Marco Cordova, a poor young Jew from Turkey, who comes to Seattle in 1902, the first Sephardic Jew ever to arrive in the city, determined to make his fortune. He soon meets Bayla Keigelman, a fragile young Jewish woman from Russia, who is haunted by memories of a vicious Russian pogrom. Despite the cultural gulf between them, they fall in love but find they must confront forces that declare their love forbidden.

The story was based on a certain amount of truth, as well, of the first young Sephardic men who arrived in Seattle, two cousins who became fishmongers. Feinglass has managed to craft a charming tale with truth and tragedy comingled with warmth and hope and love, all infused with real life history that would never come to the stage without his dogged commitment to reflect all of the different cultures of Judaism in his company productions. 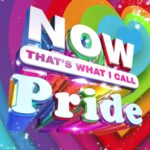 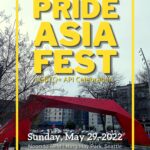 Next: Pride Asia Is THIS Sunday, May 29th At Hing Hay Park in the International District