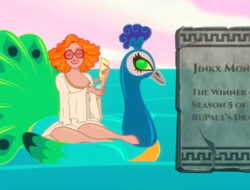 OMG! We Love This Cartoon For RPDR All Stars/All... 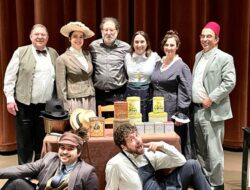 Sephardic Jewish Community in Seattle Gets a Theatrical Treatment...

A faithful reader sent me info about this and it sent us in a TIZZY!

A bigass album full of Prideful music just in time for LGBTQ+ Pride Celebrations! From the “Now That’s What I Call Music” folks who have been putting out these compilation discs for eons!

And, then we did some research on it and got hella confused.

We got sent THIS image with this KILLER track list consisting of FOUR cds:

But, when we went to Target we found the same title OUT NOW with a different track list and on one cd only:

After being puzzled for about 10 minutes we figured it out….the shorter version currently available now at Target, Amazon, etc is from the AMERICAN arm of the “Now That’s What I Call Music” project (which is just a joint venture from Universal Music Group and Sony). The big, 4 disc version is from the BRITISH arm of the label and it is getting released next month.

For nerds who love cds, you can buy the shorter American version now at https://www.target.com/p/various-artists-now-that-39-s-what-i-call-pride-cd/-/A-86084230

If you long for the longer version with all those glorious songs, then pre-order the British version at https://www.nowmusic.com/

If you’re under a certain age and roll your eyes at the idea of something as old fangled as “cds” then go to https://now.lnk.to/NOW82WE for links to purchase the SHORT version in other more modern formats…and, also vinyl but at Walmart.

We could also argue all day over the tracks they selected and the artists that didn’t get on either release…I mean, where the hell is Cyndi Lauper!?!?

And, more criminally, WHERE IS SYLVESTER!?!?!?

And, there’s NO Madonna on the American version and on the British one, they picked “God Control”?!?!?

The other sad news is, that these compilations will put Disco Vinnie out of business!