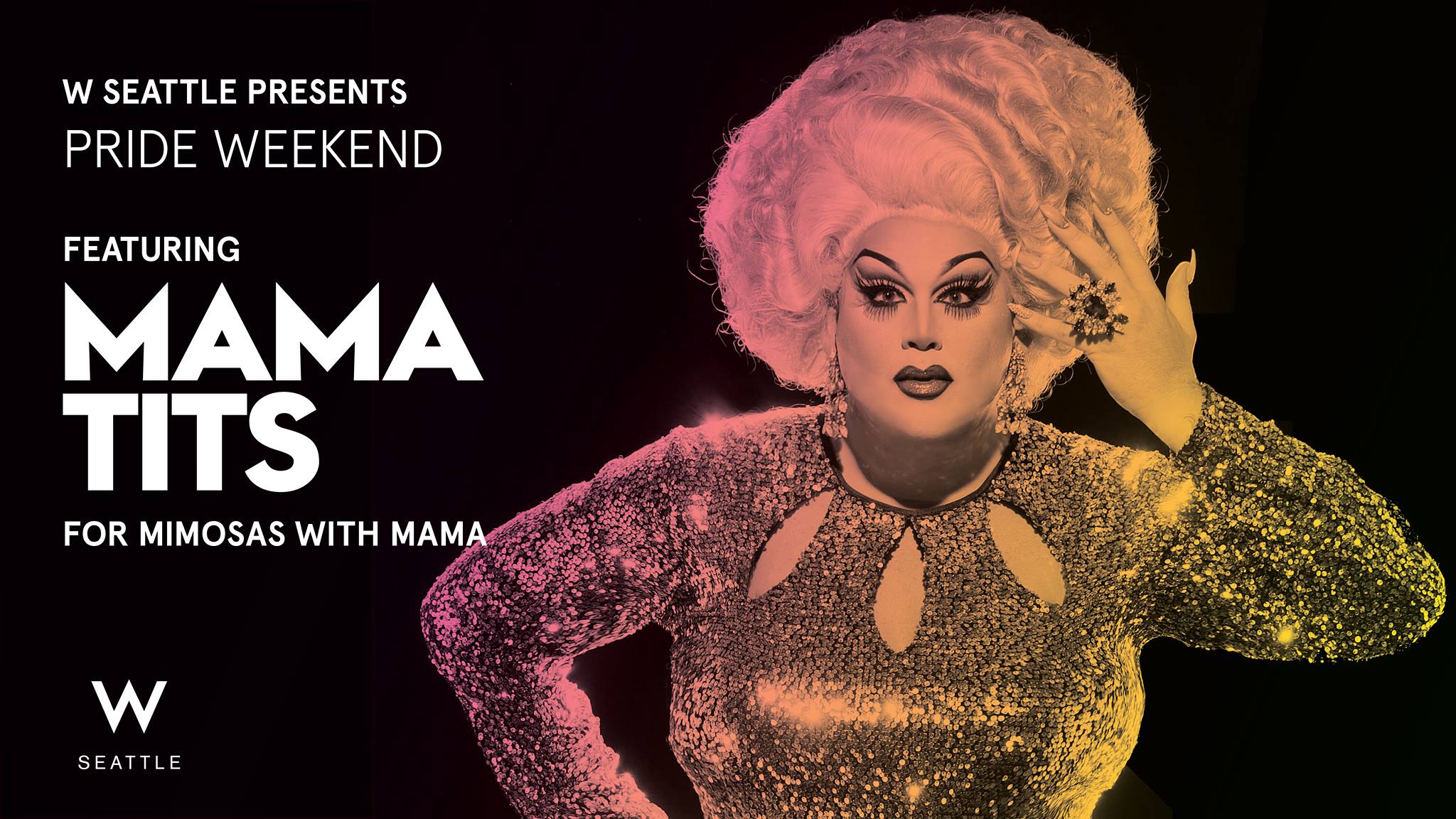 Join Seattle’s Skyscraper Hostess, the one and only Mama Tits for a special Pride Weekend Drag Brunch at W Seattle!

To wrap up a weekend of Pride, we are celebrating with a drag brunch, just steps from the parade itself. From 9AM-11AM, Mama Tits will be on hand to host, perform, and prime us for the parade with DJ Pryme Tyme continuing the beats throughout the days festivities! Get electric with perfectly crafted Pride cocktails, a full spectacular buffet brunch, all while you enjoy Mama Tits’ live Cabaret style performance paired perfectly with DJ Pryme Tyme. Make your reservation today to get priority seating closer to our amazing Mama Tits performance. Book on Open Table https://bit.ly/2ILqCzX

The amazing Mama Tits is the creation of improvisational comedian and performer Brian D. Peters. The world was introduced to Mama Tits by the viral video of her taking on the anti-Gay protesters at the 2014 Seattle Pride Parade which has been viewed over 1.9 Million times on YouTube.

Mama Tits has been a staple of Seattle’s Pride celebrations for many years as an announcer for the Seattle Pride parade, as well as, one of one of the headliner entertainers and hosts of the 2010, 2011, 2014, 2015 & 2016 Seattle PrideFest Main Stage at Seattle Center with over 100,000 attendees at both those events. In addition, Mama was the original hostess of the beloved weekly nightlife event ElektroPoP! from 2011-2012, and the original hostess of the Capitol Hill Talent Show.

W Seattle is proud to support the LGBT Community and be the official 2018 Seattle Pride Hotel.

Don’t miss the fun and reserve your table today on Open Table: https://bit.ly/2ILqCzX