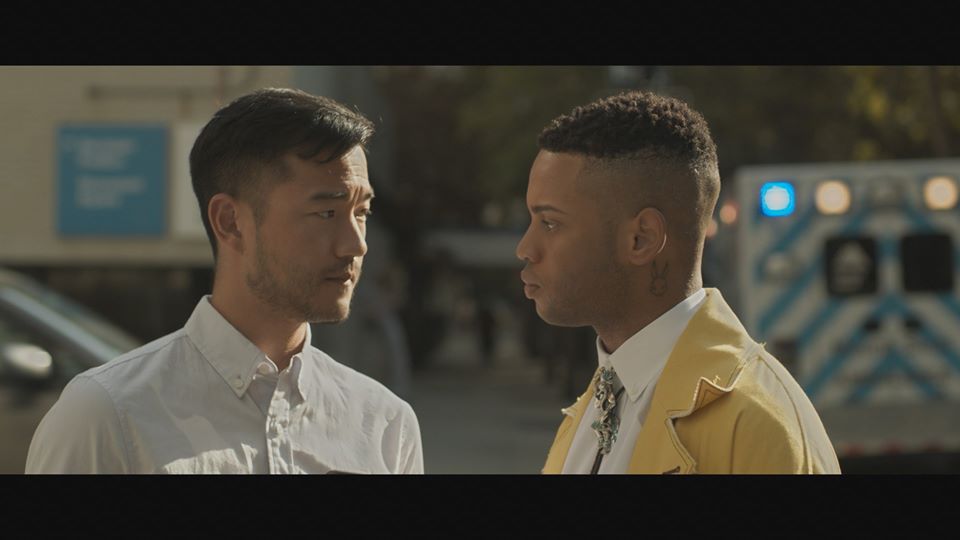 LGBTQ experiences and characters are centered in this collection of shorts.
Co-presented by: Three Dollar Bill Cinema.
In this program

A Big Fat Taiwanese Same-Sex Wedding Banquet
Directed by Larry Tung
LGBTQIA history is made in Taiwan! A traditional Taiwanese banquet takes place in front of the Presidential Office Building on May 25th, a week after Taiwan becomes the first country in Asia to pass legislation in support of marriage equality.

Bubble
Directed by Alyssa Lerner
Frances is a sixteen year old at the intersection of her emerging queer identity and the 2008 subprime mortgage crisis. The pressure of the housing bubble pushes Frances closer to her friend, Meagan.

Kama’aina Child of the Land
Directed by Kimi Howl Lee
First-time actor, Malia Kamalani Soon, delivers an unflinching performance as newly-homeless Mahina. Kama’aina is an uncompromising and intimate look into the life of a queer homeless youth on the streets of Wai’anae.

Unspoken
Directed by Patrick G. Lee
A chosen family of six queer and trans Asian Americans come together to share what they would love to be able to say to their families of origin if all of the barriers between them no longer existed.

Halwa
Directed by Gayatri Bajpai, Nirav Bhakta
One friend’s idle gossip shakes Sujata Chopra out of the domestic stupor she has felt pressured to live her adult life in. After 38 years of silence, Sujata reintroduces sweetness and love into her life with a halwa recipe shared with childhood friend and true love, Premila.

Engaged
Directed by David Scala
A grotesque comedy of errors seems to always get in the way of Darren’s perfect proposal to Elliot. Darren’s life might already be perfect, but society’s inability to see beyond straight norms has him second guessing if he wants to show up for himself as a gay man.