Stand Up for Pride 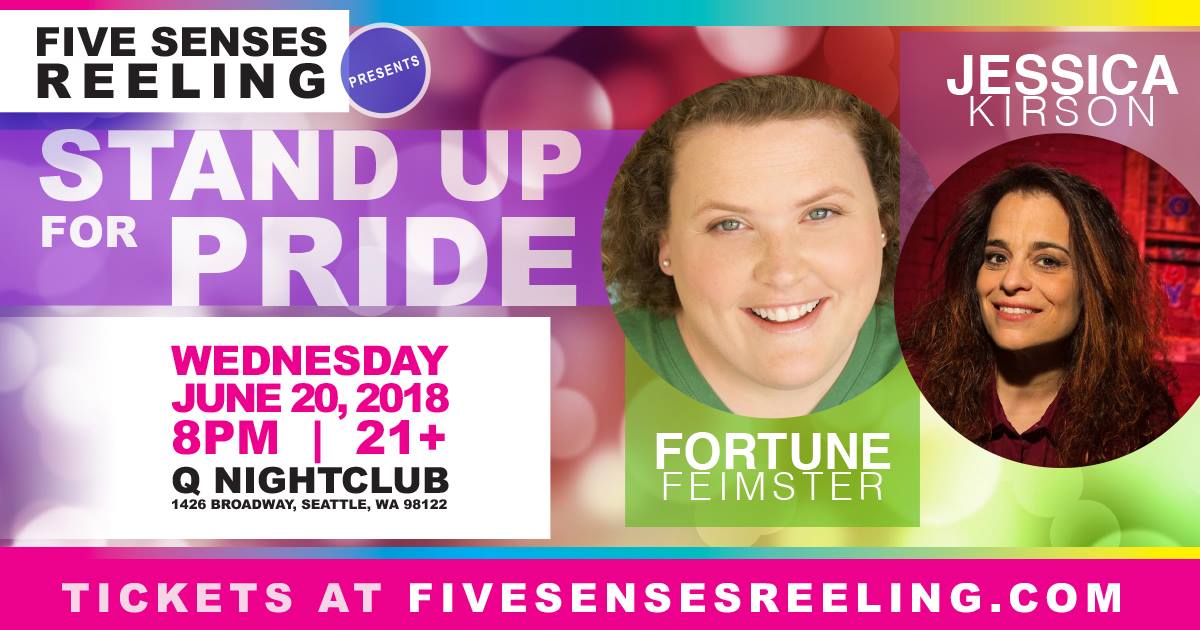 JESSICA KIRSON
www.jessicakirson.com
Jessica Kirson’s unique style and captivating stage presence captures the attention of audiences and club bookers everywhere she performs. Her wide variety of characters brings a diverse energy to her routine. Once you have seen her amazing talent, it is easy to understand why she was selected to perform at the Hamptons, Toyota, Marshall’s Women in Comedy, Comedy Central’s South Beach, Montreal, and HBO’s Las Vegas comedy festivals.

She was awarded, “Best Female Comic” by the MAC association in New York City and recently accepted the Nightlife Award for, “Best Stand up Comedian” in NYC. Jessica has a strong social media presence. Her Youtube channel, “The JessyK Show” and her Facebook page, ComedianJessicaKirson, videos have over 10 million views.

FORTUNE FEIMSTER
www.fortunefeimster.com
A stand-up comedian, writer and actor, Fortune crushed with her stand up set on LATE NIGHT WITH SETH MEYERS. She can be seen in a fun role for the Amblin Pictures feature film, OFFICE CHRISTMAS PARTY. Amblin has also recently acquired BAD COP, BAD COP a feature which she co-wrote and is attached to star.
Fortune first made a name for herself as a performer and writer on CHELSEA LATELY. She has since appeared on IDIOTSITTER, MULANEY, GLEE, TWO BROKE GIRLS, WORKAHOLICS, DRUNK HISTORY, @MIDNIGHT and LAST COMIC STANDING.
In 2015, Fortune created and starred in the Tina Fey produced pilot FAMILY FORTUNE for ABC. Last year, her HALF HOUR for Comedy Central aired, and she was named to Variety’s list of TOP 10 COMICS TO WATCH.

Fortune has performed stand-up on TBS’s ‘Conan,’ Comedy Central’s ‘@midnight’ and has her own Comedy Central half hour special. Fortune now headlines the best comedy clubs across the country and is one of comedy’s fastest rising stars.