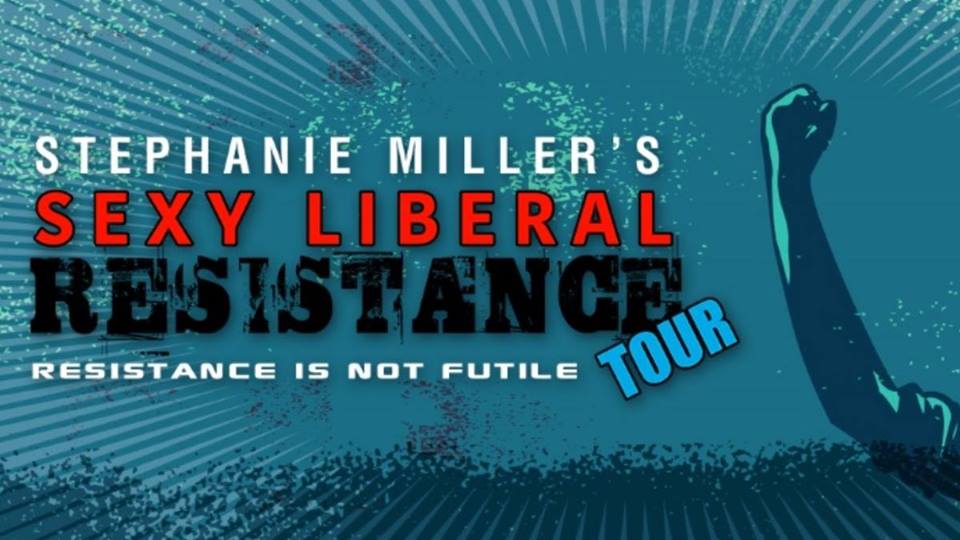 Ridicule, satire and comedy have always been one of the most important elements of political protest. Stephanie Miller’s Sexy Liberal Resistance Tour hears your cries America and we stand with you protecting our rights and demanding our government act for the benefit of us all. The Sexy Liberal Resistance Tour is a show for every American who’s uneasy with putting a landlord with a reality show in charge of fighting ISIS.

Stephanie Miller, John Fugelsang and Frangela return in 2017 as the Sexy Liberal Resistance Tour, fully aware of the probability their taxes will be audited. Touring for several years as the Sexy Liberal Comedy Tour, the election forced us to rethink early retirement and return to the stage for a multiple city tour. We face Washington and laugh out loud at the tragic comedy of politics, to throw our finest, most scathing satire at the feet of our not so elected politicians. To fight on with comedy….to offer the real fake news…..to offer true alternative facts.

on July 20 | by Michael Strangeways