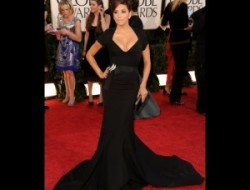 Review: Is Radosław Rychcik a Polish Wunderkind? a Poseur? A Bit of Both?

Review: In the Solitude of Cotton Fields by Bernard-Marie Koltès. Adapted and directed by Radosław Rychcik. Produced by Stefan Zeromski Theatre. Music by Natural Born Chillers. With Tomasz Nosinski and Wojciech Niemczyk. At On the Boards, January 13-16, 2011. I’ve seen several shows at On the Boards, and I have to say, I love them. They are the only theater arts organization in Seattle that presents new multi-media pieces from artists from around the world, as well as new work from emerging and established local artists. The work they present is challenging, engaging, and exciting…also, infuriating, oblique, pretentious and forced and usually a combination of all of the above in every production presented. But, the ratio for most of the productions I’ve experienced has tended to favor the positive over the negative and several OTB shows ended up in my “Best Seattle Theater of 2010” column, notably the Ralph Lemon and Dayna Hanson pieces. They weren’t “perfect” shows, but they had power and charisma and charm and real artistry.

In the Solitude of Cotton Fields, an adaptation of a play by Bernard-Marie Koltès, produced by the Polish theater company, Stefan Zeromski Theatre and directed by 29 year old rising theatrical legend Radosław Rychcik has, at times, that same power and charisma and charm and sense of real artistry. It also has moments of banality and unoriginality and borders on a parody of European Performance Art, Former Soviet Bloc Country Division. It’s loud, raw, visceral and at times very moving. It features two strong performances from young actors, Tomasz Nosinski and Wojciech Niemczyk as the “Client” and “Dealer”, respectively, and a killer musical score and performance from the band, Natural Born Chillers. Mr Rychcik has done an admirable job of adapting the original French work, and staging it as part rock/music event, spoken word poetry slam and groovy art house installation piece. Yet, amidst all the power and rage and arty angst, there’s also a sense of cliché and of going through the performance art check list. Choreographed movement: Check. Dramatic lighting, including strobes and dry ice effects: Check. Primal Screaming: Check. Full Frontal Nudity as a means to express the wounded nakedness of emotion: Check.

And, the biggest failure of all: The Obligatory Video Sequence. EVERY multi-media performance art piece is now, apparently, required by law to include some video/film as part of the project. (Maybe it’s a labeling issue? If you label your show as “Multi-Media” you MUST include dance, theater, music AND film/video? If not, you lose your street cred? Or, does a federal agency come after you? The Art School Police?) The problem, in nearly every production I’ve witnessed, is that the video tends to be the weakest link in every show; unfocused or contrived or riddled with cliché and often times coming across as a particularly dull film montage on the Oscars. In the case of “Solitude”, the film sequence IS brilliantly edited and put together, but it feels like padding in the show and not a necessary, integral component of the piece as a whole. To make matters worse, it’s nothing more than a montage of clips from every art school/film nerd’s favorite film library including clips from David Lynch, John Waters, Sergio Leone and Walt Disney. Like I noted, it’s very well edited and composed, but it serves no purpose other than it looks “cool” and helps fill a 90 minute performance window. Also, is it wise to showcase OTHER artist’s work in what is supposed to be a personal artistic statement? If you cannot MAKE your own film, then please don’t bother borrowing someone else’s.

The reaction to the performance was very interesting. Half of the audience was beyond delighted and gave it a roaring standing ovation. The other half of the audience very pointedly did not, and I noticed more than one person looking around the audience with a “Really? You liked it that much?” look on their face. (I was one of those people, but that’s my usual reaction to the obligatory practice now of giving EVERYTHING a standing ovation. It’s one of my pet peeves. The standing “O” is now meaningless…at least in Seattle.)

Oh, and I just realized I haven’t mentioned what the show was about. I really don’t know, to be honest. It’s in Polish, with English titles, and to be frank, it was just so much angsty hyperbabble that I lost interest. The primary theme seemed to be “Men are beasts” but not really, because we have the capability to “connect” with one another. The Dealer is willing to sell to the Client anything he wants, but the Client only really wants/needs is Human Connection. Eventually, the Dealer feels pity for the Client and offers him a connection but the Client realizes he can be strong on his own. The play ends, as it begins, with each character occupying their own space in the world. Cue the Techno/Punk/Pop music and let’s call it a night.

This is decidedly a mixed review that veers toward the negative but I do want to say that there was also much to like in this production as well and to praise both the actors in this piece. Tomasz Nosinski and Wojciech Niemczyk both give excellent performances and are very dynamic and powerful actors. The music by Natural Born Chillers was exciting and raw and professionally performed. As for director Radosław Rychcik, I think he is immensely talented and has a huge future in front of him, but he needs to work out some youthful fancies. We don’t need to know how much you love David Lynch and John Waters; every arty nerd in the world loves David Lynch and John Waters. We want Radosław Rychcik to be the next Radosław Rychcik, not just another Fan Boy worshiping at the altar of those who came before.

Tags: On the Boards, Radosław Rychcik

One Response to Review: Is Radosław Rychcik a Polish Wunderkind? a Poseur? A Bit of Both?